Dundalk FC team-mates with Chris Shields - 'I could always kill him and have rump steak for the next two months...' 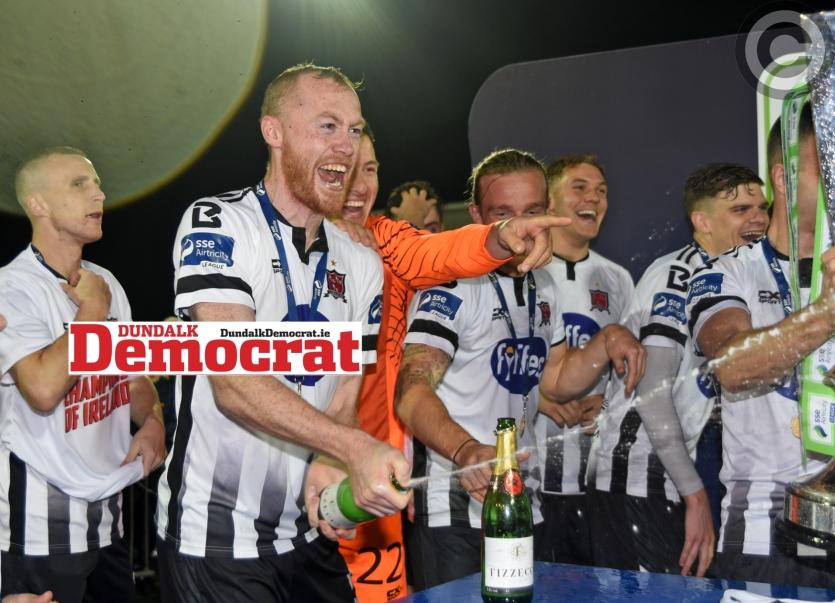 BEST TRAINER?
I’m giving that to myself, the lads will agree that my jammyness knows no bounds and results in great things...

WORST TRAINER?
Ganno for his tendency to float around the gym looking like he’s doing something.

BIGGEST MOANER?
Hands down Pat Hoban. That includes off the pitch too.

BEST DRESSED?
Ah, I’ll give that to the tracksuit twins, Dylan Connolly and Dan Cleary. The lads like to look like they’re on their way to Court every day...

WORST DRESSED?
Probably Robbie Benson, the man looks like he’s on his way to the RDS to support Leinster most days. Special shout out to his varnish coated Fred Perry’s

THE DJ?
Dan Cleary. Now what he does be playing I don’t know. His music just seems to be a series of random sounds thrown together.

BEST DANCER?
I’ll give it to Dylan (Connolly) or Ganno; both a pair of snake hips and Ganno for his Borat dance.

JOKER?
Dean Jarvis, you just cannot shut that man up.

VAINEST?
Dane Massey. Forever in the mirror, mostly to check if all his teeth are there.

FUTURE MANAGER?
You’d have to say O’Donnell, he’s in the process of his badges. Or John Mountney, he’ll be managing the Village Inn Bohola soon enough!

FUTURE MILLIONAIRE?
Mickey Duffy. I’m pretty sure he’s close to going pro as a gamer. The sponsorships won’t be long to follow...

LONGEST IN THE SHOWER?
Ganno, his car is always waiting at least an hour for him.

WHICH TEAM-MATE WOULD BE OF MOST USE TO YOU ON A DESERT ISLAND?
I’d bring Pat Hoban. I’m pretty sure Pat hunts for his dinners most nights in Dundalk so that would be handy. If not, I could always kill him and have rump steak for the next two months...