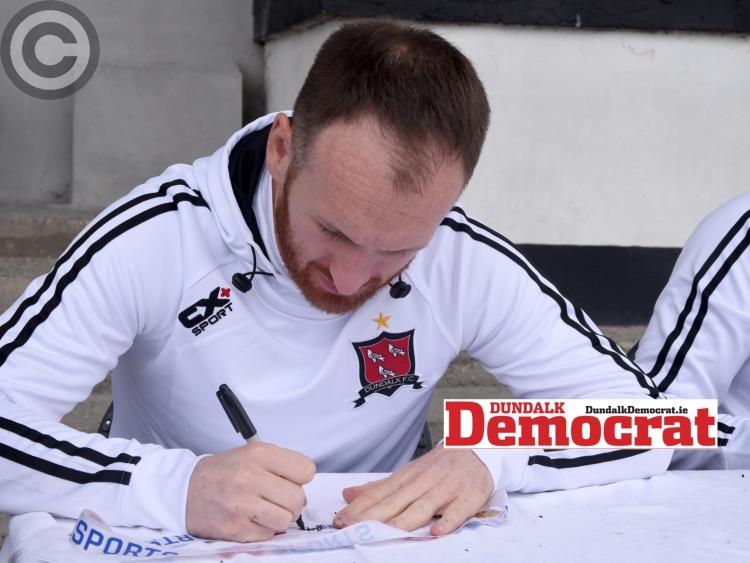 Dundalk FC captain Stephen O'Donnell made his return from a broken leg in last night's charity friendly match against Newry City at The Showgrounds.

It's the second serious injury that the 32-year-old has recovered from at the club, following his knee problems of 2014. He returned that season to inspire Stephen Kenny's men to the title and ahead of next month's FAI Cup final, could he do it again?

The champions face Sligo Rovers on Friday night where they will receive the league trophy. It remains to be seen if O'Donnell will play some part in that outing, with Friday week's trip to Bohemians a match in which he is more likely to be involved, should he have got over last night's match unscathed. He was replaced at half-time by youth teamer Nedas Maciulaitis.

For the match, the Lilywhites included several players who are on the periphery of the first-team, while Daniel Cleary played 90 minutes having missed Friday's league win in Waterford through suspension.