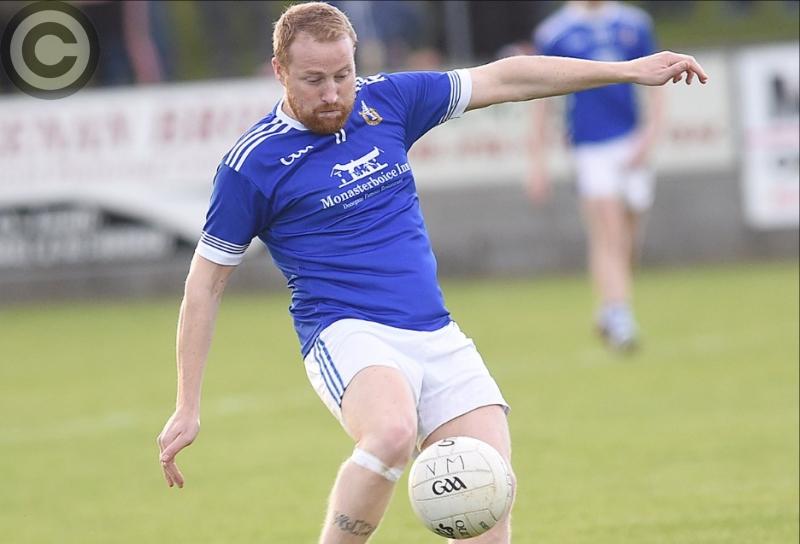 Maybe St. Pat’s would have preferred not to have been playing a county senior championship semi-final  on Saturday evening last; on the following day they would be remembering a former colleague.

The one-time kingpins, seven times the winners of the Joe Ward Cup since lifting it for the first time 15 years ago, were out against Naomh Máirtín at Ardee’s perfectly-manicured Páirc Mhuire. A win would give them a place in the final, which, at the season’s beginning, wasn’t a foregone conclusion, or even likely.

On Saturday Pat’s went to war with four players included who had shared in all of the good days. Paddy Keenan, Seán Connor and the Finnegan brothers, Ray and Dessie, gave it their best shot, but there wasn’t the usual return. Whether all, or even any of them, return to give it another try is open to question.

A game that was close enough in the opening half, swung violently in Naomh Máirtín’s favour after the break. It finished with 11 points dividing them, and not since they’ve come to prominence have Pat’s finished so far behind at the end of a championship match.

Máirtín’s have been hugely consistent over the years. Last season they won enough points to reach the knockout stages of the league, and were then good enough to claim the Cardinal O’Donnell Cup for the first time, their win in the final coming against Dreadnots.

But not once have they ever reached a senior championship final. Yes, semi-finalists on a number of occasions and unlucky not to win some of them, but never part of Louth football’s biggest day. No-one, therefore, will begrudge them their day out on October 21. Nor will it displease many if on that day JP Rooney finds himself on the victory podium.

There’s always a special place for veterans regardless of the sport they play. Rooney has been toiling in the Máirtín’s blue for over 20 years, and in that time has also worn the county jersey. He was prominent in the often-recalled 2010 Leinster final, claiming the second half goal that many thought was going to propel Louth to what would have been a famous win.

Like so much else that happened in that game, Rooney’s beautifully curled strike was  recently recalled in an RTÉ television programme featuring people who were born in the year Pope John Paul came to Ireland, in 1979. As they say, he came across well. (For the record: one of the Pontiff’s stops-off on his visit was in a field not far from where Máirtín’s will be busy preparing for the final over the next few weeks.)

Rooney can ask one of his team selectors, Christy Grimes, what it’s like to be giving years away on the big day. At an age close to where Rooney now finds himself, Grimes won the last of his senior championship medals, playing for Mattock Rangers in their 2010 defeat of Cooley Kickhams at the Drogheda venue where this year’s final is being played.

But away with the idea if you think the Jocks – as Máirtín’s are best known to their supporters, and, indeed, by headline-writers looking for something snappy to put across a match report – will have Zimmer frames stacked up along the sideline on the day they go out to play Newtown Blues. There’s no shortage of youth on this team, and many of the young blades were prominent in the defeat of St. Pat’s. They’ll be identified, no doubt, in previews of the final.

Had Dreadnots beaten Newtown Blues in the other semi-final played over the weekend there’d be a new name added to the Joe Ward roll of honour. Unlike Máirtín’s, Dreadnots have been on centre-stage, but each time found one too good for them. They never looked good enough to get another chance to break their duck. Playing on a pitch that’s far from foreign to them, Blues eased their way forward and now look to extend their lead in the honours list.

And mention of venues: Why are Ardee, St. Mary’s being left to wait for another year, at least, before playing host to a senior final. Páirc Mhuire is looking even better than it did for 2002 meeting of Mattock Rangers and St. Bride’s.