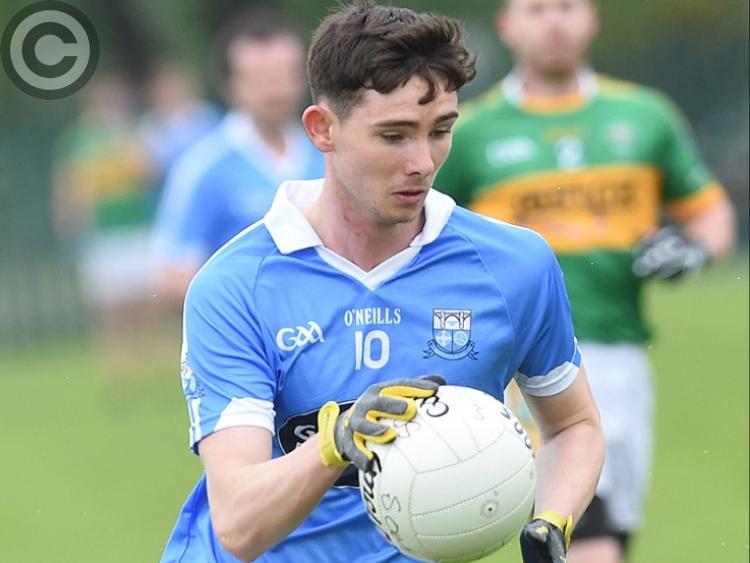 Despite the absence of manager Ronan Phillips, who recently sustained an injury, the Joe Ward holders put on a commanding show to end Dreadnots’ title dreams for another season.

A strong first half display meant Blues’ final place was all but a formality ahead of the second half as Dreadnots failed to produce anything like what they would consider to be their best.

Ciarán Downey was Blues’ main man, teasing Dreadnots with his jinking play and registering five times before half-time, including twice from play, as the winners took a 0-11 to two lead to the interval.

Dreadnots performed better on the resumption of play and brought their tally to five, at least, with three of the opening five points, Páraic Smith, Pat Lynch and James Califf having found the target.

But a comeback was never likely and Blues continued to clip over points whilst introducing a raft of players from the bench.

Dreadnots’ night was made yet worse by the late dismissal of substitute Richard Kirwan following an altercation with Blues’ Fergal Donohoe.