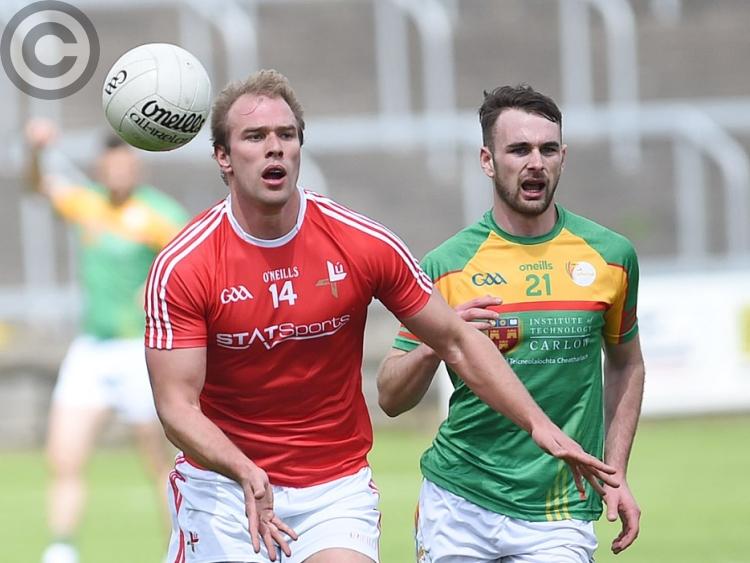 Louth's Conor Grimes will in action against Carlow in this year's Leinster Championship. The teams will meet again in next season's Division Three. (Pic: Arthur Kinahan)

Louth have been handed three home and four away games in next year's Allianz National Football League.

The Wee County will mark their return to Division Three, following relegation earlier in 2018, with a home match against Longford on Sunday, January 27, before visiting Westmeath and Offaly on the following pair of Sundays, February 2 and 9.

After the break, Louth host Sligo on February 23. Their first Saturday night fixture comes in round five when the Reds travel to Dr. Cullen Park to take on Carlow. That's been scheduled for March 2.

Leinster finalists Laois visit the north-east a fortnight later (Saturday, March 16) before the culmination of the campaign in Newry against Down on March 24.

The venue for Louth's home matches is to be confirmed following the announcement earlier in the year that the Gaelic Grounds would no longer host inter-county clashes.

Progress over the securing of a new county grounds has progressed considerably in recent weeks, as you can read here and here.