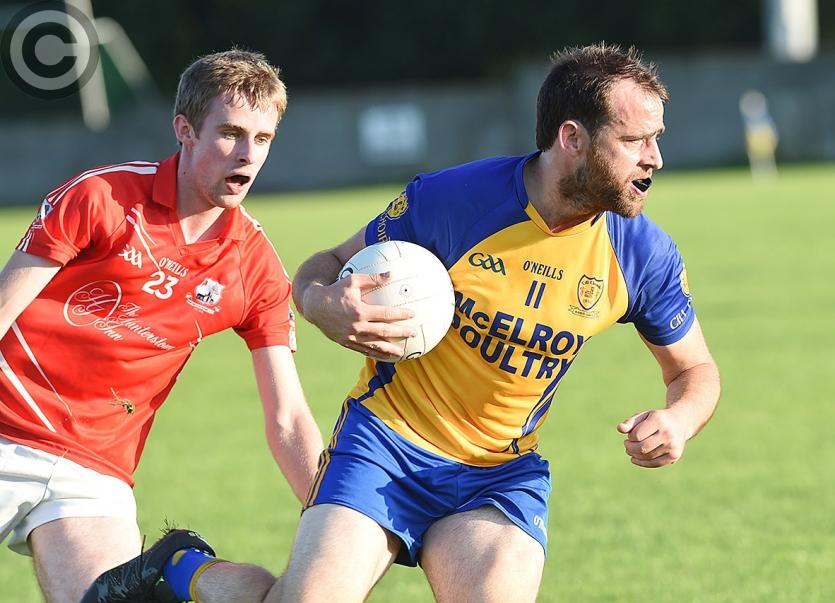 Kilkerley Emmets will face Geraldines for the right to play Division One football next season after coming through their promotion/relegation semi-final against Hunterstown Rovers with a comfortable victory.

Saturday night’s game saw the Emmets on top throughout with Shane Lennon's influence from the 40 and around the middle immense and he still chipped in with 2-4. Tadhg McEnaney also proved too hot to handle. He racked up 2-5.

It was McEnaney who found the net early on to help Emmets off to a great start and they had points on the board though Lennon, Ciarán McGlynn, James Fegan and Conal McEnaney before Ryan Burns had Hunterstown on the board.

The north-Louth side continued to dominate and at the break they were leading by 2-10 to 0-5 with Lennon adding the second goal.

Any hopes of a Hunterstown revival were dashed early in the second half when Lennon fired in a third goal for his side.
Hunterstown responded with a goal from substitute Mark Brennan, but Kilkerley wrapped up the victory when McEnaney scored their fourth goal late on.