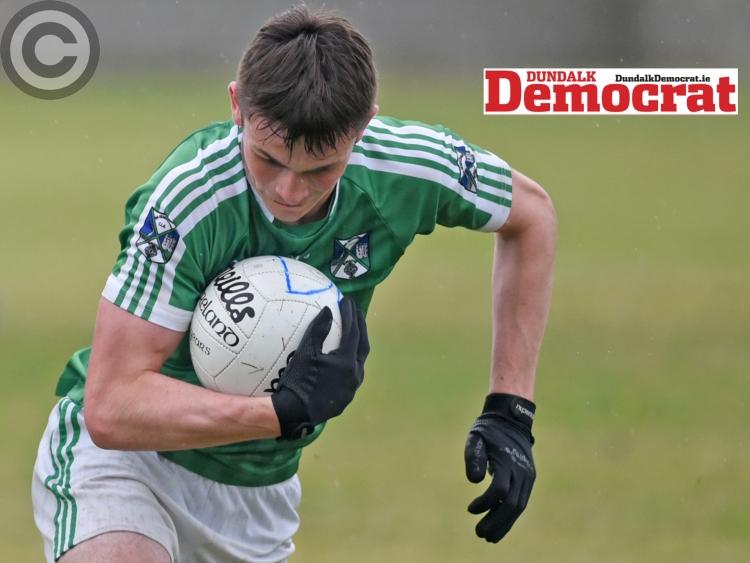 Geraldines kept alive their hopes of remaining in Division One for next season when they defeated Naomh Fionnbarra in the first promotion/relegation semi-final on Thursday night.

Fresh from their championship quarter-final victory over Cooley, the Ballygassan side were in fine form in the first half and were leading by 0-7 to 0-6 by the time the half-time whistle sounded, with William Woods and Bernard Osborne to the fore.

However, the Gers raised their game in the second period and edged ahead with points from Jim McEneaney and Josh Arrowsmith before goals from Matthew Corcoran and Kevin Pepper helped them secure an eight-point victory.

The winners will now take on Kilkerley Emmets for the right to play in the top-flight next season, while the ‘Barrs will focus their attentions on a championship semi-final meeting with St. Fechin’s.