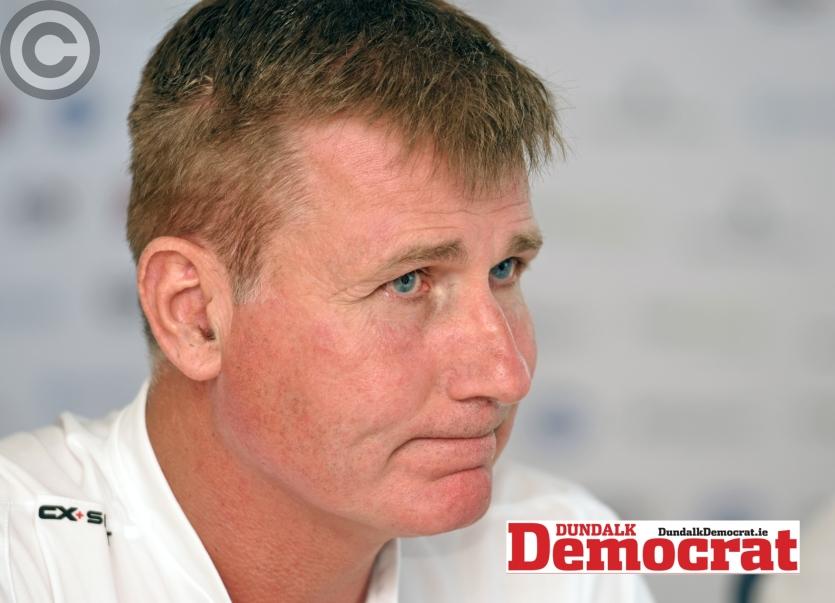 It’s strange how history can sometimes repeat itself. Their first time competing in the Europa League qualifiers since 2014 and Dundalk FC have been handed an identical sequence of fixtures; away first in round one followed by two successive home matches.

Hajduk Split were the opponents four seasons back, and won 2-0 at Oriel Park which left the tie as good as dead with the return leg in Croatia seven days later. The Lilywhites pulled off a magical 2-1 triumph in Split, but, ultimately, the damage was done, and that’s something Stephen Kenny will be eager to avoid this time around.

The dynamic has shifted as a result and the age-old debate over whether the benefit lies with the home or away team in the first leg is a recurrent talking point. Victory over Levadia was expected, however, be it through the inevitable step-up in standards or just a fear of the unknown, with Larnaca an unfamiliar proposition, caution has been breathed around Oriel Park.

“We’re going to have to play better than tonight,” Kenny said after their progression was confirmed.

“They’re a good team and a step-up from Levadia Tallinn.”

While memories, or nightmares, perhaps, still exist in the minds of the Oriel faithful from the Split encounter, and of how inexperience at this level cost the Lilywhites that night, Dundalk’s recent record in first legs on the Carrick Road reads encouragingly, otherwise.

The ties against FH Hafnarfjordur (2016) and Rosenborg (‘17) remained alive ahead of daunting-looking away meetings, after both games finished 1-1 at Oriel. Only one, the former, would produce success with regard to moving through. But giving themselves a chance ahead of the away leg translated positively.

The same ought to be said for Thursday night, even if Larnaca are expected to be of an inferior standard to the aforementioned sides. Cork City had a mountain to climb after losing 1-0 at home to the Cypriots last year and lost by the same margin the next week as they sought to force the issue. Chasing the game, like the Lilywhites had to in Split and two years later in Warsaw, would be far from an ideal scenario, especially when the opposition is stiff, as Kenny puts it.

“They won the Cypriot Cup and they qualified through the league as well. APOEL have been in the Champions League and they’re the league winners so it’s a good standard.

“Obviously, it’s a big step- up and the majority of their players have played in La Liga; they’re Spanish players.”

In fact, nine of their squad, including defender Jose Truyols, who scored the winner at Turner’s Cross last season, and manager Andoni Iraola, formerly a player with Athletic Bilbao, are Spaniards, with a further seven outfielders having won multiple senior international caps for various countries. Striker Apostolos Giannou was called into Australia’s preliminary squad for the World Cup, before being left off.

But with Larnaca’s domestic season not kicking-off for another month, Dundalk’s 15 match winning run across all competitions, on top of having already negotiated a Euro round, can give them something of an edge.

Though that could have an equally telling counter-effect in that collecting intelligence on the Cypriots has proven to be somewhat more difficult with a veil of the unknown shrouding them.

Indeed, it took Ruaidhrí Higgins, Kennys’ eyes on the opposition, “planes, trains and automobiles” to get a glimpse of Larnaca during a recent pre-season game against AEK Athens. Two flights and a train journey was the Derry man’s itinerary, something which provided the Dundalk manager with an opportunity to crack a smile.

There were smiles all-round at Michael Duffy’s brilliance last week, and in general at the result. Oriel was packed to the rafters and will be again.

“The support was terrific tonight and we appreciate it, and we’re going to need it next week because we’ve a tough game.”

VERDICT
While taking a lead to Cyprus for the second leg at the 7,400-capacity AEK Arena would be the perfect scenario, remaining in the tie for as much of the 180 minutes as possible has to be the underlying agenda for Kenny and co. And playing at home first gives them this opportunity.