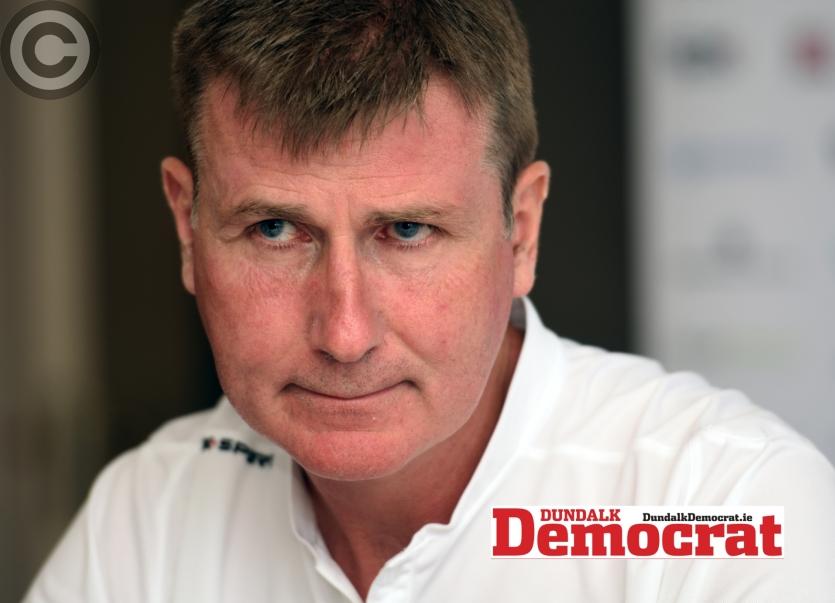 Dundalk FC manager Stephen Kenny has encouraged his players to do themselves 'justice' and to 'enjoy the occasion' when the Lilywhites take to the field for tomorrow night's Europa League qualifier against AEK Larnaca.

The Airtricity League leaders will host the Cypriot Cup winners at a sold-out Oriel Park looking to claim a third European victory in as many weeks.

"The ruthless nature of European football is that if you lose, you're out," Kenny said this afternoon.

"It's a tremendous motivation for everyone involved and we're determined to do ourselves justice and to enjoy the occasion.

"When European nights come to a provincial town like Dundalk, it lifts the town. It transcends football and it's very important for the region.

"When we're successful, it really elevates people's morale. It has a huge effect and that's why it's very important."

Having negotiated the second leg of last week's tie with Levadia after claiming victory away from home seven days earlier, the dynamic shifts for tomorrow's encounter.

However, despite hosting first, Kenny's doesn't feel that that makes the assignment any easier.

"We respect Larnaca. They've had some great victories in Europe over the last number of years. They've beaten Spartak Moscow and Dinamo Minsk.

"The game's won over two legs; we don't have to win anything tomorrow. It's a two-legged affair, but the players are playing with confidence. We've had 12 straight victories. The players are in terrific form and we want to take that into tomorrow."