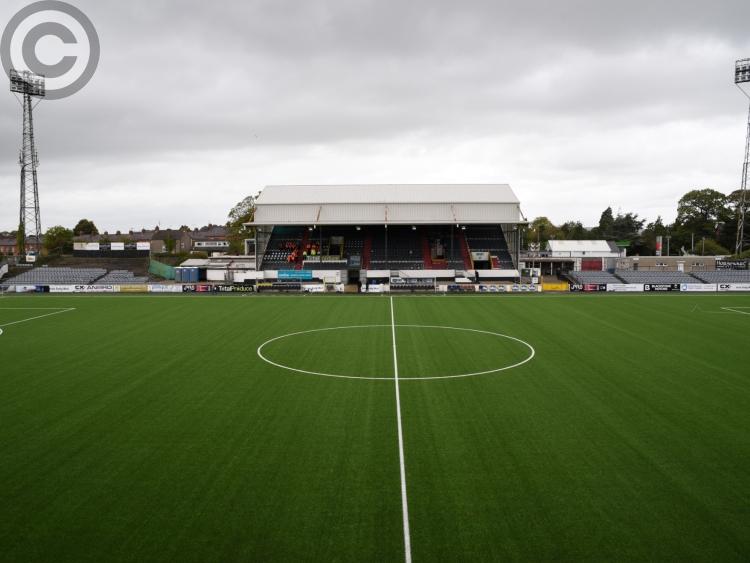 Oriel Park will accommodate its 27th European fixture on Thursday night when Dundalk FC welcome Cypriot opposition to the Carrick Road for the first time.

It will be a significant hosting as ‘The Home of Football’ will now become the most prolific venue - in terms of matches played - outside of Dublin for Euro encounters. Cork’s Turner’s Cross will sit one game shy.

In stumbling across this figure, it was interesting to note that only 25 of the previous 26 have been played by the Lilywhites, however. The other having seen Bohemians abode in Dundalk’s home for one night only.

The Gypsies enjoyed a trophy-laden spell in the late 1970s, winning the League of Ireland, League Cup and Leinster Senior Cup in the years following their fourth FAI Cup triumph (1976). They were regular entrants into continental competitions as a result and in late ‘77, they faced English top-flight opposition in Newcastle United. Their UEFA Cup tie was played at Dalymount Park, in one of the 59 European games which have taken place at the venue.

However, with “home-grown hooligans” having invaded the ground, crowd trouble marred the affair and arrests were made, meaning the second half was delayed in kicking off. The match ended scoreless, with the Magpies prevailing 4-0 at St. James’ Park in the second leg.

But the authorities took a dim view of the violence and slapped a three-year ban on Bohs, whereby they were prevented from hosting a European match at any venue within a 100 mile radius of Dublin.

League champions that same season, the punishment meant their 1978/79 European Cup opener against Omonia - who, coincidentally, are from Cyprus and league colleagues of Thursday’s visitors to Oriel, AEK Larnaca - was played at the Leeside venue, Flower Lodge.

It was a disaster. Just £446 was taken at the gate, with Bohs left £7,000 in the red having missed out on the maximum takings of a potentially money-spinning tie.

They progressed to face East Germany’s Dynamo Dresden, three-in-a-row champions in their native land, and upon appeal, had their sentence reduced to a 50 mile radius of Dublin, which brought Oriel Park into the equation.

“Oriel Park is again to be the venue for a European game this year, though Dundalk are not engaged in any of the European competitions,” wrote The Democrat in October of ‘78, when news of the pending encounter broke. Tickets were priced at £3 for the stand and £1 into the ground, with concession options also available.

The game itself finished scoreless, though it was a success for the Phibsborough club financially as, with the match now much closer to home, £2,300 was the gate receipt income, a healthy increase on that of Flower Lodge.

No Dresden supporters travelled, of course, due to the ‘Iron Curtain’, though the team stayed in the Ballymascanlon Hotel, having arrived on the Monday before the meeting.

Despite drawing a match that they would have expected to win, the East German congregation were full of praise for the condition of Oriel Park, with groundsman Micky Fox having been singled out for kudos.

The Democrat wrote: “Surely, we in Dundalk have every reason to be proud of Oriel Park whose playing surface, stand and patron accommodation, and general facilities cannot be approached by any provincial club.”

Such was the ground’s impression, the FAI are believed to have straight away taken the decision to arrange the following February’s Youths international, between the Republic and the North, for Dundalk.

Bohs were beaten 6-0 in the return leg, bowing out of Europe on a heavy aggregate account.

In their selection were a number of future Dundalk stars, including Eamonn Gregg, Paddy Joyce, Turlough O’Connor, Terry Eviston and Gino Lawless, while Joey Malone and Mick Shelley were listed as reserves. All but Gregg and Joyce were with the Lilywhites a decade later when they claimed the double, with O’Connor as manager.

A further coincidence is that Omonia had the only Irish player to ply his trade in Cyprus on their books. Cavan’s Cillian Sheridan, now of Jagiellonia Bialystok in Poland, featured for them and APOEL - the  Cypriot title holders   - in recent years.