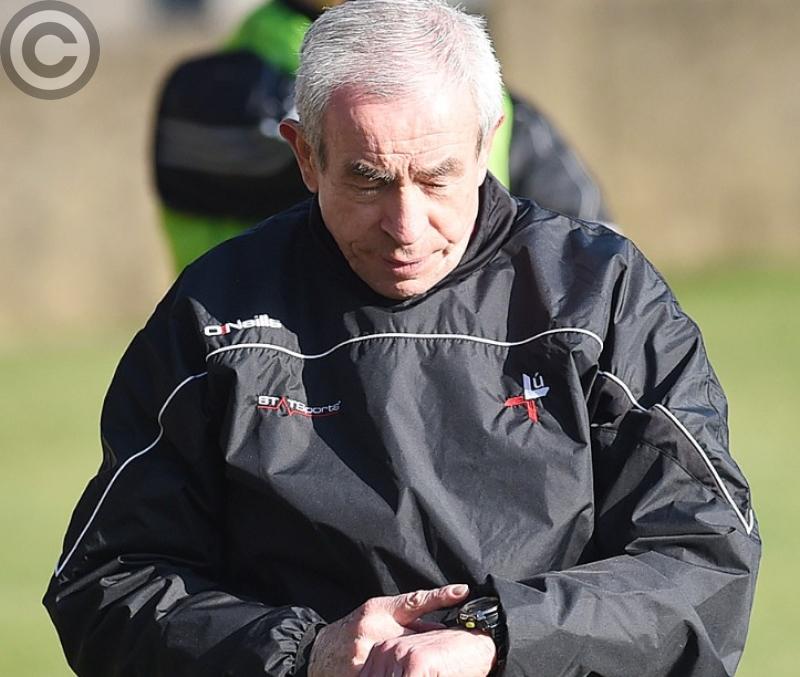 Pete McGrath says that he will take time to consider his future as manager of the Louth senior footballers.

The Wee County failed to recover from being reduced to 14 players in Carrick-on-Shannon, conceding an early advantage to succumb to the Connacht county for the first time in championship football.

McGrath’s record in charge of the Reds has produced just two wins from 12 matches with speculation rife that his stint in charge will be halted after just one season. This despite the Mourneman having been given a two-year term last autumn.

“I will take a bit of time out to consider my future,” McGrath said.

“I’ve had a year in Louth and I’ve had a bit of time to take a look around and see what the attitudes are and what the players are like. We’ve had difficulties during the year, a lot of players left the squad. We were down to basically 24 of a panel and that’s disappointing. But those who stayed were very committed.

“I’ll be weighing up all of those things over the next couple of days. I’ll look at it and make a decision that I think will be in the interest of Louth football, and in my own interest as an individual person. The County Board have been very, very good, the training facilities in Louth are excellent and whatever we asked for we got.

However, former Louth forward Stefan White, who was on co-commentary with LMFM at Páirc Seán MacDiarmada, insists McGrath cannot be held solely to account for the county’s poor season.

“The man that’s in charge, I don’t believe all the blame can be laid at his door. We are in the doldrums on and off the field.”

The loss means Louth have failed to win two qualifiers in the one season since 2007, while 13 of the team’s last 16 competitive fixtures have ended in defeat, dating back to April of last year.