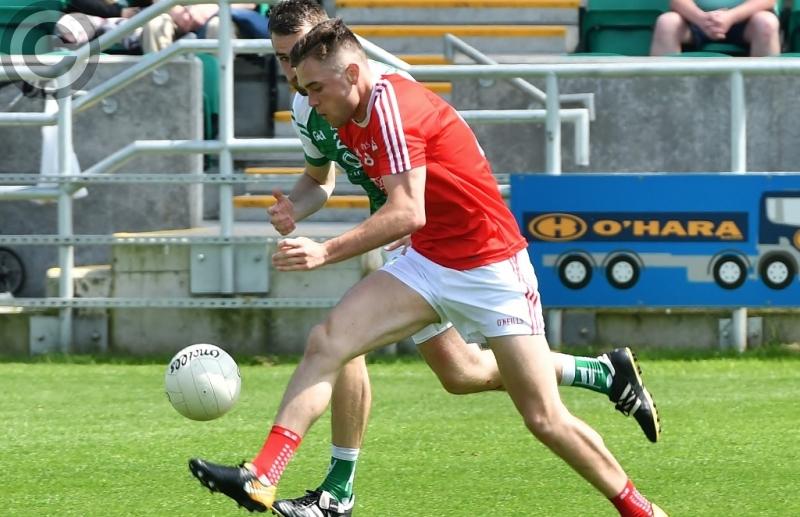 The first-half dismissal of Louth's James Craven proved the turning point in Saturday evening's qualifier with Leitrim at Carrick-on-Shannon.

Leading 1-5 to five points at that juncture, the Reds floundered against a relentless Leitrim tide thereafter, as they suffered a 10th defeat from 12 matches this season.

From the Geraldines man's dismissal on 28 minutes, Pete McGrath's men scored just seven further points, to the Ridge County's 20, which included nine in a row between the 35th and 49th minutes.

Louth - fielding the same XV as the one that defeated London a fortnight ago - also lost Ronan Holcroft to a black card in the opening half, at which stage they led 1-4 to two points.

Top-scorer William Woods bagged the match's only three-pointer in the third minute, benefitting from a poor kick-out from Leitrim 'keeper Diarmuid McKiernan as he shot unopposed to the net.

Declan Byrne and Ciarán Downey pointed during their side's strong start, however, during a spell in which Brendan Guckian's side began to fight back, Craven's headbutt motion towards Damien Moran earned him a straight red card from referee Noel Mooney and the game's dynamic was altered dramatically.

Louth's main source of resistance came in the form of Woods, who added 1-7 to his season's tally, three points of which came after half-time. The Naomh Fionnbarra man also struck the upright at a crucial stage in the first half, while the Reds had a few other major attempts scrambled off the line in the closing quarter.

Though, in truth, they can have no complaints about the defeat and injury-time black cards for Emmet Carolan and Bevan Duffy saw them finish with 12 players having already used their regulation six subs.

Leitrim were worthy winners as Louth's miserable year finally draws to a halt.