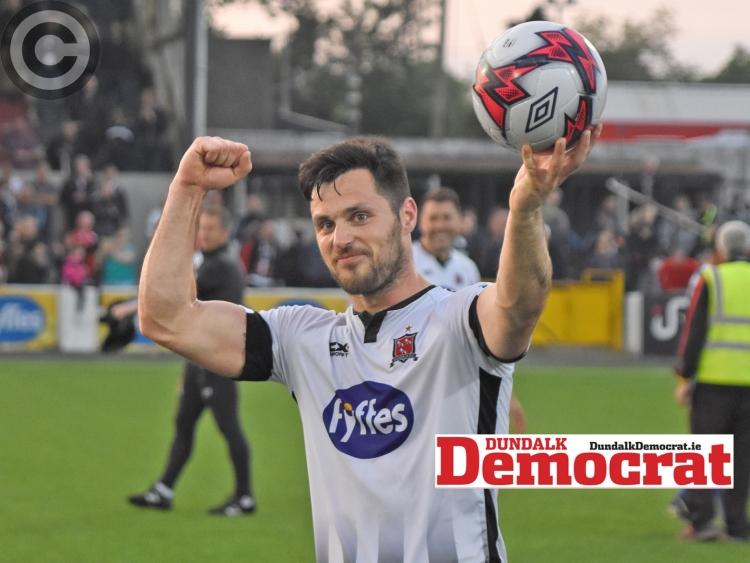 Patrick Hoban is fast making this season his own. The striker scored only his second career hat-trick against Limerick FC at Oriel Park last night - moving him on to 18 league goals for the season.

While now only 17 goals shy of Joey Donnelly's club record of 69 in the League of Ireland, with 14 league games still to play, and hopefully several more in cup competitions, it's plausible that the Galwegian could even reach the levels of Richie Towell (29 goals in all competitions) from 2015.

However, somewhat surprisingly, considering he's out on his own at the top of the scoring charts, Hoban has yet to be even nominated for the Player of the Month award.

"It's my 18th league goal of the season and I haven't even been nominated once for Player of the Month. But sure that's just the way it goes," Hoban said post-match.

"I'm just happy to be playing football under a great manager and with a great group of lads."

His prolific streak this campaign has made him stand out in a team full of impressive performers. And, for Hoban personally, his goal return means so much.

"I'm delighted (with 18 goals). I'm not going to lie. A lot of people would have said at the start that I would not even get 10 this season so to have 18 at this stage of the season is brilliant.

"I do believe that I should have more, but I'm always going to think that. I do believe that I'm going to go up another level and I'm just looking forward to trying to improve week-in and week-out because I know what it feels like to go on a goal drought. I know how hard it is on the confidence."