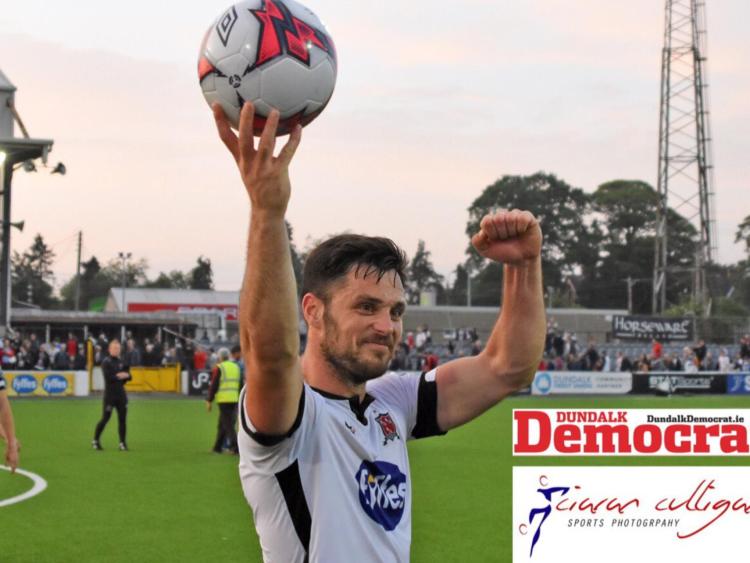 Patrick Hoban hit a hat-trick – and a half-century of Dundalk FC goals - on Friday night as his treble helped Stephen Kenny’s men leapfrog Cork City and return to the top of the league.

Hoban opening the scoring before the break and added two more after it while Krisztián Adorján hit his second league goal for the club en route a comfortable victory against Tommy Barrett’s strugglers.

To compound the misery for supporters making their way back to Shannonside – since the start of the 2017 campaign, Dundalk have faced Limerick six times and won all six by an aggregate score of 22-0.

Fresh from signing his new contract, there was no Jamie McGrath in the matchday squad. A hamstring injury was apparently the reasoning behind his exclusion but Sean Hoare who also committed to the Lilywhites in the week did play. He was chosen ahead of Sean Gannon who was On the bench.

Adorján and Dean Jarvis took the places of McGrath and Dane Massey, while Karolis Chvedukas lined up at the base of the midfield. Chris Shields was suspended.

The night lasted just 13 minutes for the returning Blues’ midfielder Conor Clifford. His Oriel Park memories weren’t the happiest during his spell at the club last year and upon his return to Dundalk, he lasted just not very long.

The former Chelsea man went in hard on Chvedukas in a challenge that left the Lithuanian international screaming in agony. While he was eventually able to carry on however, Clifford was forced off.

The first chance of the evening came when Dylan Connolly did well to win the ball as Limerick’s back three tried to play out. He raced down the right and provided a sumptuous cross for Adorján but his header was straight at Brendan Clarke. 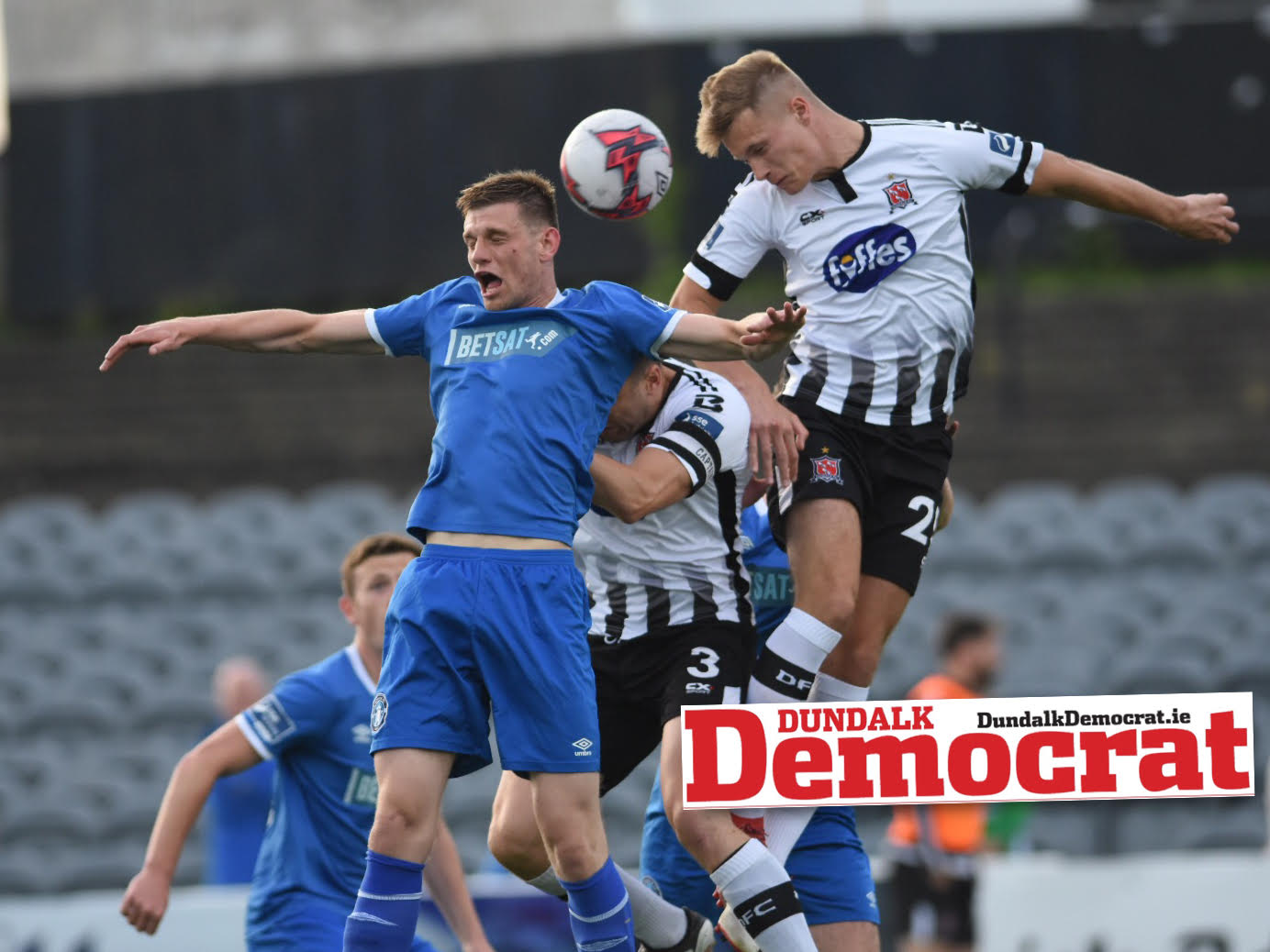 Before the opener arrived shortly before the break, Dundalk thrice went close. First a quick breakaway from a Limerick corner ended in Duffy dragging a low shot wide. It was an extraordinary miss given the player’s form all term.

Soon after, Benson’s forceful run created a chance for Duffy once more but this time, the winger’s shot deflected off Killian Brouder and smacked against the post. Hoban then forced a stunning reaction save from Clarke with a well hit snapshot.

When the goal arrived, it was richly deserved for a performance in which Dundalk exerted total dominance. Well, virtually. Robbie Benson was required to head Killian Cantwell’s header off the line seconds before the lead goal.

At the other end, Connolly’s corner came to Duffy who laid off for Hoban. He composed himself before smashing in from the edge of the area. The goal marked his 16th of a prolific season back at the club were he carved out a reputation as a top level goalscorer.

The second half was a little tighter, with a one goal lead a perilous one and a warn out cliché to boot. The home side did look more likely to score a second. Connolly and Duffy were particular threats in behind Limerick’s wing backs.

Hoban’s willingness to come deep, hold up the ball and bring players into play was key. It’s an element of his game he perhaps gets nowhere near as much credit for as he should. His goalscoring tends to hog the headlines and it did so again on Friday night.

Before the midway point of the second half, Connolly was hauled down in the area leaving referee Neil Doyle with a simple decision as he had all evening to point to the spot. Hoban sent Clarke the wrong way for goal 17 of a brilliant campaign.

Adorjan notched the third when Benson dummied Duffy’s left wing cross leaving the Hungarian to curl deliciously into the top corner. With six minutes remaining, Connolly laid on for Hoban to stretch out his leg and score the fourth.

Across two-and-a-half seasons at Dundalk, the Galwegian has now amassed 52 goals.