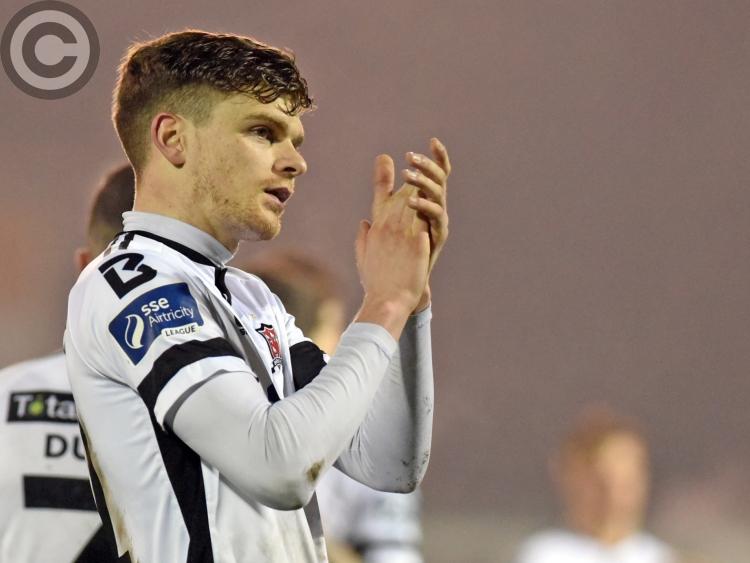 Seán Gannon has hated the last six weeks. The reason: watching football is a lot harder than playing it, he quips.

Friday night's match with Limerick will come six weeks to the day since the talented right-full sustained two fractured ribs in the league defeat at Cork City. However, having returned in last night's Leinster Senior Cup match, he's available for selection against the Shannonsiders.

Speaking to The Democrat about his lay-off, Gannon said: "It's not nice to be injured, especially in the period in which I was where there were so many games. In any other part of the season, I probably wouldn't have missed as many games.

"It's harder to watch than it is to play. It's head-wrecking watching, but rehab has gone well and I'm happy to be back in training with the lads.

"I don't really get many muscle injuries and when I do it seems to be a strange one alright but this is part of the game. I've been lucky enough to play a lot of football since I came here so you have to take the bad with the good.

"People come out of the team and those who go in are just as good and I think that was evident in the changes that have been made throughout the games. Everyone has contributed in their own way and I think we're starting to see our squad and how that's going to help us going forward."

The Dubliner featured in midfield for a period of Tuesday's encounter with Bohs, a position in which he has played sporadically throughout his career. He even remembers playing there, under Stephen Kenny, in a Leinster Senior Cup final while at Shamrock Rovers.

Whether or not he's in a position to take to the field against Limerick remains to be seen. However, Gannon insists he's ready if called upon.