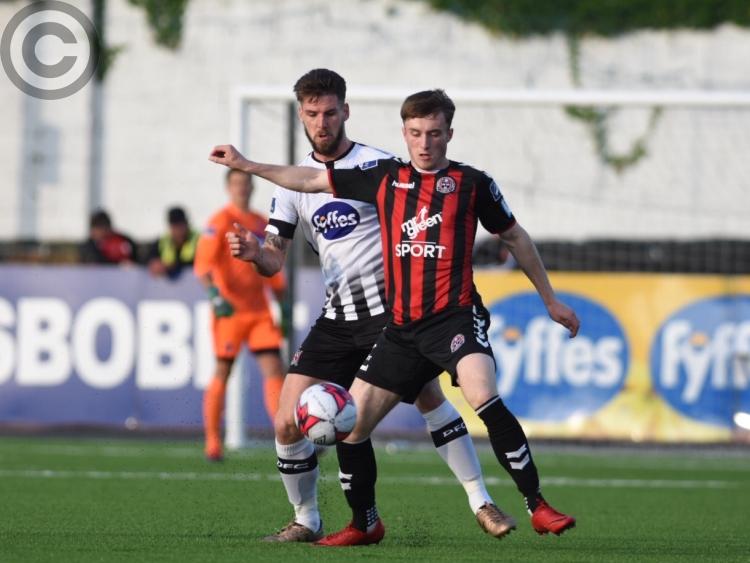 Last season's beaten finalists were sloppy in the early stages of a largely disappointing contest, however, having upped their levels drastically in the second half, they booked a quarter-final date with Shamrock Rovers.

A first-half penalty from JJ Lunney installed Keith Long's men with an interval advantage - a lead which the Gypsies deserved considering it was they who posed the more attacking threat. This despite Stephen Kenny's inclusion of several first-team players, including Ronan Murray, Krisztián Adorján, Marco Tagbajumi and Karolis Chvedukas.

Murray drew Dundalk level with 20 minutes to play as he nonchalantly dinked over Seán Bohan before Sam Byrne headed the lead goal to the net nine minutes from time. Adorján - who wore the captain's armband on the night -  made it 3-1 with the pick of the bunch as he found the top-corner from 16 yards.

Bohs - who sent a youthful line-up into battle - dominated the opening quarter and almost took the lead when 'skipper Andy Lyons flashed an effort narrowly wide of the post.

However, they did go in front on 26 minutes when Lunney sent Gabriel Sava the wrong way from 12 yards, after Gavin Smith - prior to going off through injury - had felled Danny Grant inside the penalty area.

Soon after, Pablo Cavalcante, who was impressive on the right flank, dragged a shot wide as the Lilywhites sought a way back into the game, though more poor play along the backline almost gifted the visitors a second as Stephen Folan got caught out while trying to keep George Poynton's wayward pass in play.

Trailing at the break, Dundalk lifted their level of performance in the second half and while it wasn't seismic, it was enough to put the Phibsborough natives under more pressure than they had been subjected to beforehand. Dean Jarvis - one of a host who was looking to impress Kenny ahead of Friday night's fixture with Limerick - saw a stinging effort fly just over, while Folan and Tagbajumi nodded narrowly off target.

Dundalk had another excellent opportunity to tie the scores when Tagbajumi intercepted a loose backpass before rounding the advanced Bohan, but, having been forced wide, he teed up Byrne; the 'keeper, however, recovered to save the winger's effort.

An equaliser eventually came, though, as Folan's incisive ball over the top was perfectly controlled by Murray, who clipped over Bohan. The Lilywhites took complete control thereafter and Tagbajumi really ought to have put them in front, only to drive straight at the Bohs 'keeper when through one-on-one.

Nonetheless, Dundalk went ahead when Byrne headed home from close range before Adorján found the completed the turnaround entering the closing stages.