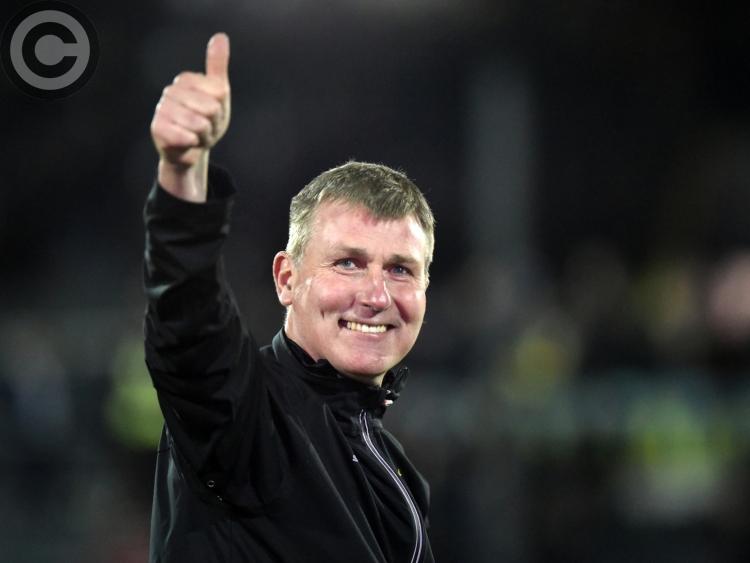 The Lilywhites boss was speaking after Friday night's comprehensive 3-0 victory over Bohemians at Oriel Park where defender Gannon scored his first goal of the season before later assisting Michael Duffy for the side's third.

"He's great in full flight, Seán, and when he's attacking like that he's a joy to watch getting forward and it was a great finish."

Another to impress Kenny was Krisztián Adorján who, on his first league start for the club, received a standing ovation upon being replaced in the second half.

"He played well, Krisztián. It's different for him coming to the tempo of the League of Ireland.He's adapting to the styles but you saw tonight his undoubted quality. He was very good," Kenny added.

It was also confirmed that Gary Rogers will miss "a couple of weeks with a calf tear", while defender Brian Gartland is in hospital with tonsillitis.