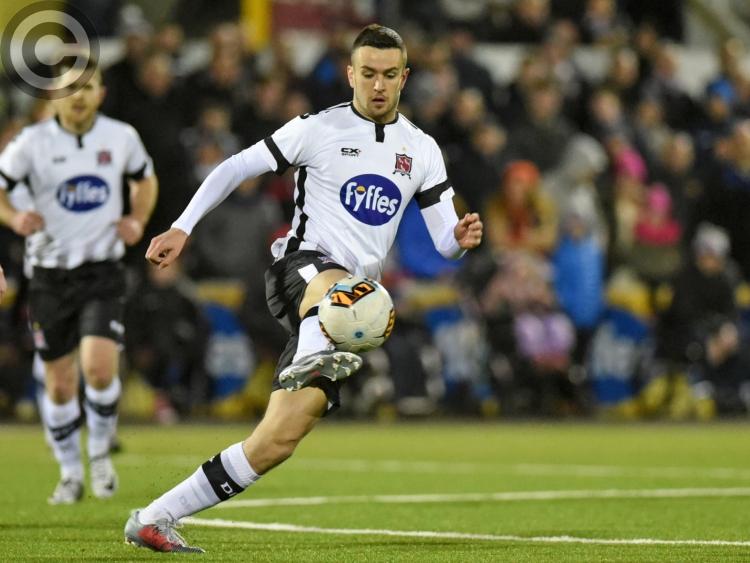 Dundalk FC manager Stephen Kenny feels winger Michael Duffy is now in a position to establish himself as one of the team's, and the league's, leading lights.

The 23-year-old enjoyed another excellent performance in last Friday night's last-gasp victory at home to Waterford FC and, ahead of tonight's trip to Sligo Rovers, his manager has lauded him with praise.

“Michael was very good the other night,” Kenny told The Dundalk Democrat.

“In the second half he was the one player who could really take people on at pace and the quality of his crossing is terrific. It was a great cross for the goal and before that there was one that Pat Hoban nearly got on the end of.

“He's unorthodox because he's a right-footed player playing on the left. They're (opposition players) not sure if he's going to go inside or outside and I feel Michael can get even better. He's still emerging,” The Lilywhites' boss added.

Kenny expects to have a full squad to choose from at the Showgrounds, a venue which he is yet to lose at as manager of Dundalk.

The Bit O'Red have started the season inconsistently with home defeats to Limerick FC, Cork City and Waterford. However, Kenny still expects a tough game.

“They have a very good front three, a new front three who are very quick. I knew Alistair Roy at Hearts. He's very quick and then Morgan has obviously come in too, the ex-Liverpool player, and got a few goals. Then Caolan McAleer who was at (Finn) Harps last year,” said Kenny.

“They bought James McClean's brother, Patrick, from Waterford for €10,000 and he's started to play at the back.

“They have some good players and we have had some tough games there in the past, we have had a few draws (two) as well (as five wins).

“It is a difficult place to go with the home support but we'll be trying to get a big away victory,” he added.