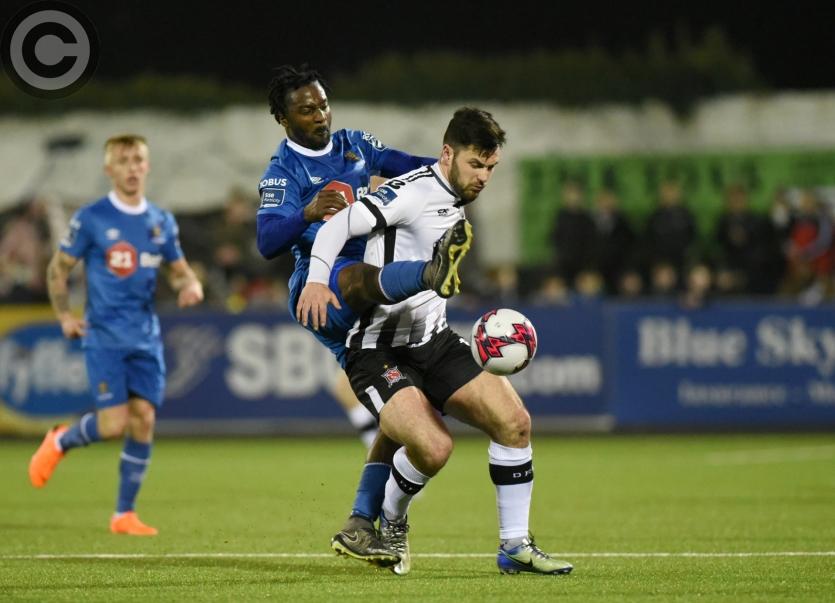 Dundalk used their get out of jail free card at Oriel Park tonight, prevailing after another stuttering display courtesy of a last-gasp own goal by Waterford's Garry Comerford.

It looked set to be another frustrating night for The Lilywhites as proceedings petered towards a fourth goalless conclusion of .

But, with their final attack, a ball in from the left hit the unfortunate Comerford who could only succeed in beating his own 'keeper, Lawrence Vigouroux.

The result veils over Dundalk's offensive efforts somewhat, though. For so long, Stephen Kenny's men looked bereft of ideas as to how to break through Waterford's resolute rear-guard with Karolis Chvedukas (first half) and Michael Duffy (2, both second half) going closest with efforts on target.

Though they piled on the pressure towards the finish, with the breaks failing to fall their way, the aforementioned efforts apart, Vigouroux wasn't stretched to any great degree as he attempted to depart the north-east with his clean sheet intact.

For their part, the visitors could have so easily taken the win themselves after substitute John Martin forced Gary Rogers - on his 500th League of Ireland appearance - into a fine stop.

And how crucial that save was to prove as The Lilywhites earned at the death to cut the gap to Cork City at the Premier Division summit to just one point. While, on the basis of , the victory was merited, Kenny will understand that his team need to develop a more clinical edge.