REACTION | 'Robbie Benson made a massive impact off the bench; he gave us a bit more control' 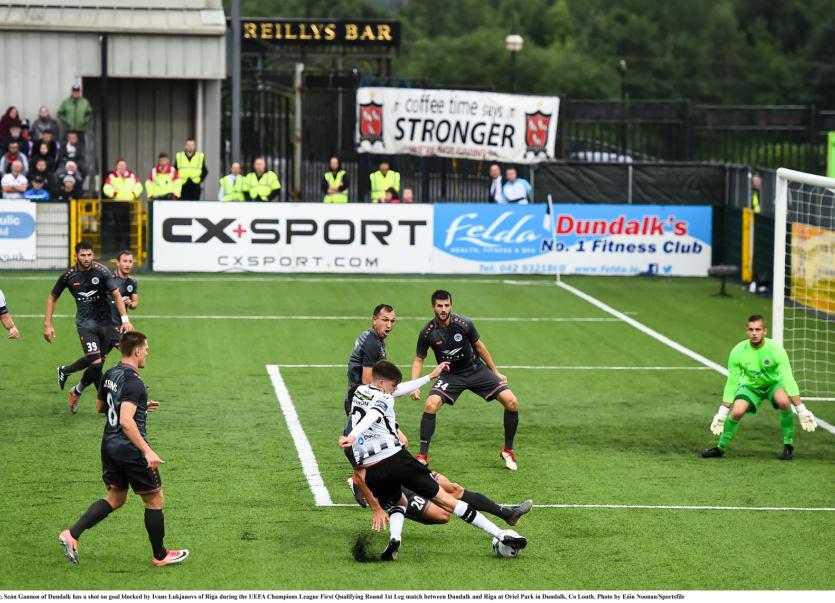 Dundalk FC gave themselves a shot at qualifying for the second round of the Champions League qualifiers tonight by keeping a clean sheet in a scoreless draw with Riga FC at Oriel Park.

Seán Hoare and Patrick Hoban went closest for The Lilywhites, who had Gary Rogers in good form between the sticks.

‘We have to be a bit better in the final third…we lacked a little bit of quality and it was rushed at times’ – Dundalk manager Vinny Perth says his team are capable of scoring on the road in Europe #DUNRIG #ucl #rtesoccer pic.twitter.com/25dH46PwMF

Hoare, who reverted from centre-half to midfield, was named Man of the Match and spoke to RTÉ following the full-time whistle.

‘It was really important to keep the door shut here’ - @DundalkFC man of the match Sean Hoare on the 0-0 draw with Riga #DUNRIG #ucl #rtesoccer pic.twitter.com/JPHeQJjUSH