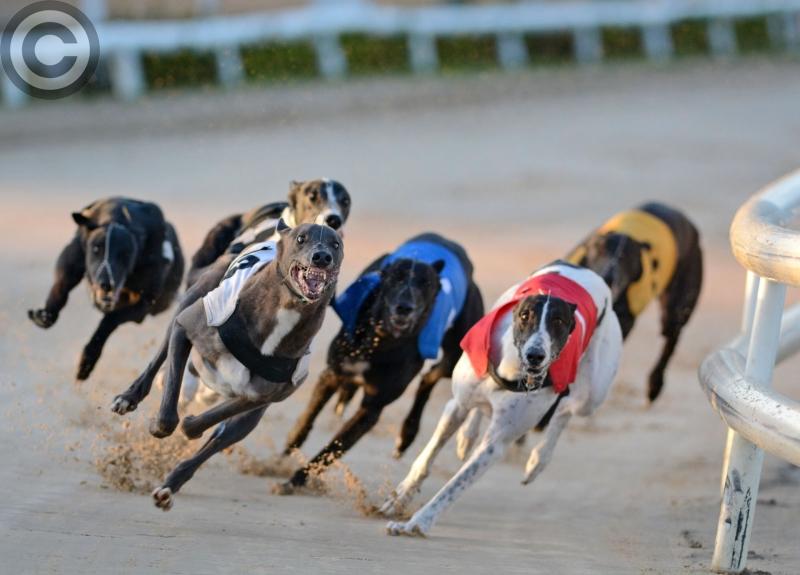 Kokoda, coming in as a reserve, got the three-timer going on Friday night. The English-owned dog was on to a double having won over the 525 the previous week.

A weekend treble at Dundalk Stadium provided Laurence Jones with some compensation for his kennel’s loss of a representative in the Irish Derby final through the withdrawal of the injured Our Surprise (see Inside Track). Also on the mark was a Jones-bred dog, running for Dundalk brothers, Paddy and Philip Kerr.

Kokoda, coming in as a reserve, got the three-timer going on Friday night. The English-owned dog was on to a double having won over the 525 the previous week, and he stayed on well to score from another reserve, Manaslu Camolin, in a career-best 29.14.

Kokoda was on to a second weekend win when he took his place in another 525 on Saturday night, but this time didn’t make the frame in a race won by Rosehill Joy. But the Token Prince dog’s kennel companions, Shinnecock and Left Alone, each found a winning bracket.

A half-brother of the ill-fated Our Surprise, Shinnecock made it three from seven, scoring a decisive win over the 400 in a useful 21.45. The Confident Rankin dog was followed into the winners’ enclosure by Left Alone, whose sprint win was recorded in almost an identical time to his kennelmate’s.

The Kerr boys’ winner, Forninst,  is another half-brother of Our Surprise, and in taking a 360 the tidily-built fawn wasn’t scoring out of turn. He had eight previous outings, but always found a few too good for him. This time, however, he made all the right moves to win from, ironically enough, one from the Jones kennel, Whazzis.

On a night when the Derby was decided, Brendan Mullan, presiding over the Newry kennel made famous by his late father, Jack, took Saturday night’s concluding race with Drumiller Jet, the dog he owns in partnership with fellow County Down man, James McParland, registering the weekend’s fastest time for the standard distance, 28.66.

The Derby night is mentioned because back in 1993, Brendan sent out Daleys Denis to win the Blue Riband, earning himself a place on the roll of honour alongside his father, who was twice successful as a trainer, with Wonder Valley in 1964 and Hopeful Cutlet, seven years earlier.