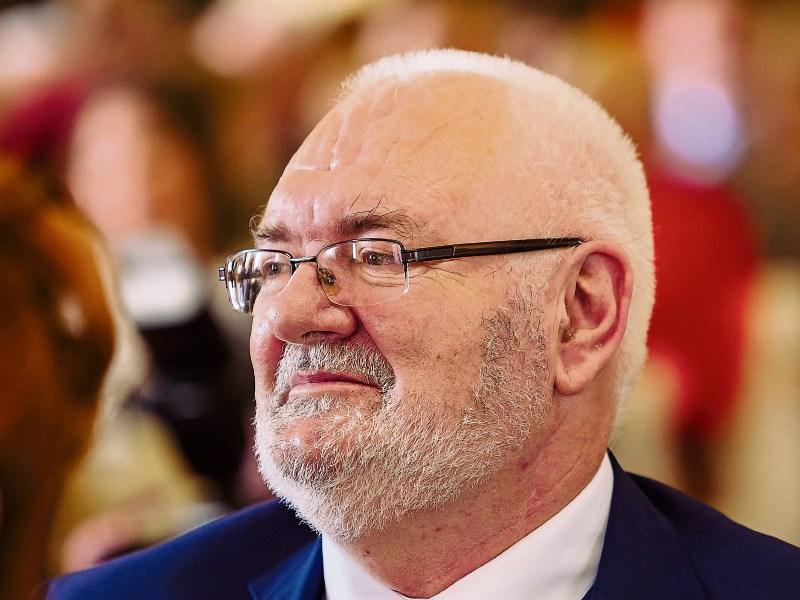 His family was the most important thing in Eugene's life. He was a devoted husband to Phil (nee McKeever), a loving father to Aoife and Aidan, father-in-law to James and good friend to Paula, Aidan's girlfriend.

Eugene was born in Drogheda in May 1957. He grew up in Marian Park, Dundalk, an area rich in community spirit, where he learned the values of people working together to make a better life for themselves, their families and the wider neighbourhood. His mother Maureen, a gifted dressmaker, made the costumes for the legendary Marian Park shows and his father Tom was always there to lend a hand backstage or wherever he was needed. Eugene, along with his friends, was part of the group who organised activities for teenagers like themselves, including the very popular “Hops”, which were held in Marian Park Hall. The social and political issues of the day were debated and discussed around the family table and the Quigley household was one that supported and assisted the late local Councillors, Jimmy Bellew and Seamus McGuinness. Eugene always acknowledged how lucky he was to have lived his formative years in such an area.

As assistant to his father Tom on regular jobs at home , Eugene learned many DIY skills, including painting and decorating, brick laying, general maintenance and repair work, all skills which he later used in his own home and which he also used to help others.

Eugene attended the De La Salle primary and secondary schools. While still at school, Eugene had a part -time job for several years, working with the late Jackie Henry on his milk round. They enjoyed their work and each others company immensely. Eugene had many stories to tell of the kindness he received and the characters he met on his rounds. On one or two occasions, Eugene had the responsibility of running the milk round while Jackie took a well deserved holiday. This experience instilled a professional work ethic in Eugene, which shaped him as a man.

On completing his Leaving Certificate, Eugene entered the then Post and Telegraphs, later Telecom Eireann/Eircom where he remained working until December 2013. As a trainee technician he lived for a time in both Dublin and Sligo. He had a motorbike at this time and enjoyed the journey over and back to Sligo on the bike. He made life-long contacts and friends in Eircom, with many of them visiting his home to pay their respects and forming a guard of honour at the church the morning of his funeral. A little over a week prior to his death, Eugene spent a very enjoyable evening in the company of his friends at a function organised by the Eircom social committee.

As a young boy, Eugene was an altar server in the Church of the Redeemer. He met Phil McKeever who was a member of the church children's choir at that time. They met up again some years later and romance blossomed. They were married in that same church in 1982 and they celebrated 35 very happy years of marriage in July 2017. They have two children, Aoife and Aidan, and Eugene was a loving and devoted father to both of them. In October, Aoife married James Murray, and there was great joy and happiness in the family on that day when Eugene proudly walked Aoife down the aisle. Eugene was delighted to host family and friends at the reception and at his home in the weeks prior to the wedding. He was particularly happy to spend time with his relations who travelled from New York for the wedding. In the days afterwards, they did some sight-seeing with Eugene around the country.

Eugene was a talented and accomplished photographer. He was a valued member of An Táin Photographic Group and he often gave classes to new members. He understood the workings of a camera and was able to explain it in very simple terms to beginners and indeed regular members also. He was passionate and humble about sharing his knowledge. In the days prior to his death, he could be heard explaining Photoshop and Lightroom techniques to a club-member over the phone. He was overjoyed with their enthusiasm to learn and delighted to be in a position to assist and teach.

Probably his proudest moment in photography was when he was awarded a gold medal by the International Federation of Photographic Art (FIAP). The FIAP competition is like the Olympics for photographers and Eugene was very happy to pick up his medal in Linz, Austria a few years ago. Eugene loved to travel and wherever he went his camera was always with him to capture the sights and the people. He travelled in Ireland with Phil and the children for many years in a tent and caravan, later progressing to stays in apartments and hotels throughout Europe and the United States. Eugene and Phil also visited Cuba and Iceland and his most recent trip with An Táin photographic group was to India two years ago.

Eugene was the man many people turned to in their time of need; be it a burst pipe, a faulty computer, a house alarm- you name it - Eugene would contacted for help. He gave of himself willingly and happily. If he could help, he would, regardless of the time of day or night. His parting words to friends in need were,”I'm only a phone call away.” His talents were many and he was completely selfless in sharing his abilities and knowledge with others. Phil and the family were comforted by the many stories told by people who called to the house telling of the time Eugene helped them out in various ways. He was big of stature and very big of heart also. He was a man of integrity, honest and true to his word. One would never be in any doubt where they stood with Eugene and he didn't hide his opinions.

In recent years, since his retirement, he was a familiar figure on his bicycle, cycling a regular route around town. Eugene was a man of many talents and simple pleasures. He was happiest at home with Phil and his children, relaxing, telling stories and enjoying the simple pleasures in life.

He will be sorely missed. Ní bheidh a leithéid arís ann.

Eugene was predeceased by his mother-in-law, Nancy McKeever who died in April 2017.

After reposing at his home Eugene's remains were removed to the Church of the Redeemer by McGeough's undertakers. A guard of honour was formed outside his home by pupils from the CBS, where Aoife is a teacher. Pupils from Castletown Girls' school, members of An Táin Photographic Group and Eugene's colleagues from Eircom formed guards of honour at the church. Rev. Fr Sean McGuigan CC celebrated the requiem mass, assisted by Fr. Gerard Campbell PP, Kilkerley and Knockbridge and Fr. Brian Slater, St. Patrick's. The commentary for the opening procession was given by Eugene's daughter Aoife and the gifts were brought up Eugene's nieces Zoe McQuillan and Victoria O'Hagan, by his brother in law Gerry Taggart and by Aidan's girlfriend Paula Gray. The first reading was read by Aisling Quigley, Eugene's niece and goddaughter, and the second reading was read by James Murray, Eugene's son-in-law. The Prayers of the Faithful were read by Eugene's nieces, Kim McQuillan and Ciara McKeever, nephew Dylan Quigley, sister-in-law Denise Quigley and good friends Gerry O'Neill and Ciaran Nelson. Eugene's sister Ann and her husband Peter McQuillan presented the offertory gifts. Phil, Aoife and Aidan gave the post communion reflection and eulogy. Fr. McGuigan gave a homily summing up Eugene's life. The beautiful music for the mass was provided by Setanta choir, under their conductor Una Murphy. Murt Ó Séaghdha, choir member, sang the Responsorial Psalm, and Brían McKeever, Phil's cousin, sang O Holy Night. The accompanist to the choir and soloists was Anne Quinn. A very moving violin piece, Meditation, was beautifully played by Jennifer Murphy.

The burial took place in St. Patrick's cemetery, Dowdallshill. Eugene's month's mind mass was celebrated in the Church of the Redeemer on Sunday, 14th January last, at 11.30am.