OBITUARY: Renowned Judge Turlough O'Donnell was admired and respected for his courage 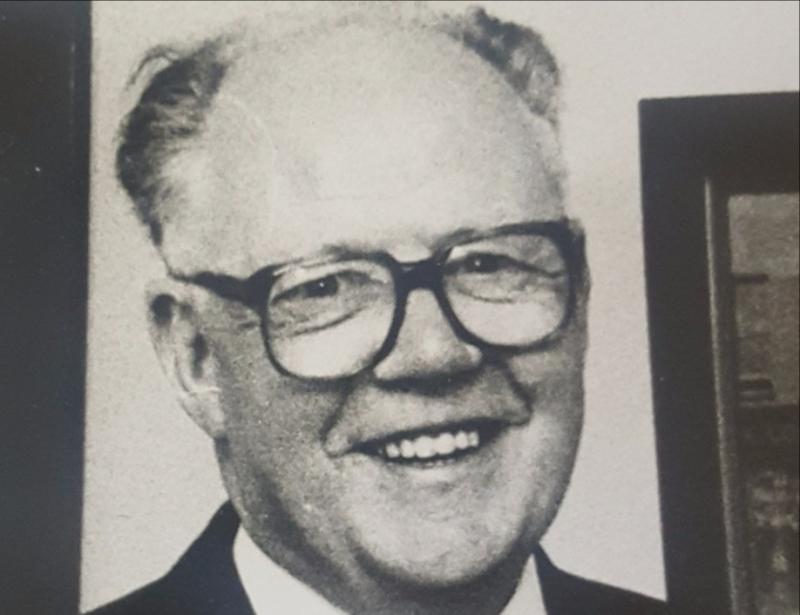 “The Judge” or plain “Turlough”was how he was addressed or referred to in conversation. Simply that was the type of man the late Judge Turlough O’Donnell was. Like any other and that was just how he was and liked to be treated.

A normal man going about his life, who with a hearty greeting and beaming smile spoke to one and all when out and about in his adopted home of Blackrock, where he loved to play golf, sing with the local church choir and relax in the local bars and restaurants.

A distinguished, eminent member of the judiciary in Northern Ireland he presided in the High Court and Court of Appeal before he retired in 1990 during the highly dangerous years of almost all of the recent troubles. He was highly admired and respected not least for his courage. He was one the few Catholics appointed to the Judiciary in those years.

He oversaw some of the most high profile trials in the North, and was the defence lawyer for the last man to receive the death penalty before capital punishment was abolished in the 1960s.
Robert Andrew McGladdery was found guilty of the murder of 19 year-old shop assistant Pearl Gamble in 1961 in Newry and sentenced to hang.

He presided over the 1979 trial of the Loyalist murder gang, known as the Shankill butchers, for the murder of 19 Catholics.
However, he was not defined by his job or profession and loved life, told his son Donal at his funeral Mass in the local church of Saint Oliver Plunkett in Blackrock. He lived for most of his retirement over the past 28 years in the village, where he and his late wife, Eileen and their four children spent a considerable time on breaks and holidays when he was on the bench.
Donal said his father embraced retirement with the same enthusiasm and in the same way as he had lived his life prior to that. He had a love of golf which he transmitted to his children. Both his sons, Turlough junior and Donal also followed in his footsteps into the legal profession.

Donal made history like his father when he became the second and youngest person in Ireland to be promoted from the Bar to the Supreme Court in the Republic of Ireland and Turlough junior is a senior counsel and former chairperson of the Bar Council of Ireland. Máire is a GP in Belfast and Eileen formerly a social worker, is a Solicitor in Dundalk.

Donal recalled his father’s highest sporting achievement - a never to be forgotten day when he shot a level par 69 in the first round of the club championship in Dundalk when the course record then stood at 67.

He had played hurling during his university days, and represented Queens in 1946 against Trinity.

He loved sport, and had great fun when Antrim hurlers or Down footballers appeared in Croke Park and the family went to see them play.

He loved soccer and celebrated his retirement by going to Italia 90. He was always a Celtic supporter and enjoyed occasional trips to Glasgow. He was however not a good viewer of matches on television, Donal humorously related.

He watched Celtic matches on teletext until they were ahead and only then turned over to the live action. “As it turns out his heart was extraordinarily strong, a tribute to a strict adherence to a self imposed regimen of daily pint drinking, pipe smoking and extensive television viewing, but he did not think that his heart should be subjected to just that degree of strain!”

His father was born in Newry in 1924, the eldest of four very talented children of remarkable parents. His mother was Eileen McAllister from the Glens of Antrim whom he loved tenderly, and his father Charlie O’Donnell, a man he idolised.

His father was a highly intelligent man who had been required to leave school at 14 to seek employment, and who became a self educated James Connolly socialist by voracious reading of a collection of books that would put to shame a university professor. It was he who decided that his children would proceed to third level education and would enter the professions, and indeed that one of them would go to the Bar.

That was a significant ambition for a working class man in the 1930s. But that was how Turlough left the Abbey Grammar School with a scholarship and went to Queen’s, which he loved, and where he graduated and was called to the Bar in 1946, recounted Donal.

At that time it was a mainly protestant and almost overwhelmingly middle and upper middle class profession. It was his great good fortune to meet, and in 1954 to marry Eileen McKinley from Jocelyn Street, Dundalk. Donal said that his mother was a highly devout and holy woman. She was a shy and refined, highly sensitive to the feelings of others. “It has to be said in all honesty that those were categories in which my father did not score high! They recognised however that they possessed strengths which were complementary and that they shared one thing which was a capacity for boundless love particularly of their children.”

His career prospered at the Bar and as a young Queens Counsel (QC) he was involved in the civil rights movement and in the turbulent elections in 1969 and 1970. One of his proudest briefs was in the Scarman Tribunal on behalf of the Catholic people of the Falls Road and Ardoyne.

But a defining moment in his and his family’s life came in 1971 when he was offered an appointment to the High Court. The position of a senior judge in Northern Ireland and in particular a senior catholic judge rapidly became a very unsafe one. In 1974 two of his friends and colleagues were killed on the same day, and then with the assassination of one judge and the attempted assassination of another on a stretch of road which he and his family travelled frequently, but perhaps most painfully of all for him in 1983 with the murder of his great, great friend from student days, Billy Doyle.

The family lived in West Belfast and spent weekends and all holidays in Blackrock, County Louth. But in those very dark periods the family had great neighbours and true friends who rallied around them in Belfast and Blackrock to mind them, and met policemen North and South who guarded their father and some of whom went very far beyond the call of duty to do so.

Indeed, in the North they met those great virtues of the northern protestant tradition: soft spoken reticent decency, quiet resolute integrity, and absolute and unshakeable loyalty. “We will never be able to express our gratitude and appreciation for what they did for our father, or indeed for what they taught us.”

One of the other surprising benefits of the situation was that foreign travel became not a luxury but a necessity. “My parents benefitted from an improbable but very real friendship with the Martinez family in Valencia in Spain with whom we had exchanges. My parents formed a deep and real friendship with Ramon and Maria Teresa despite the fact that neither couple could speak a word of the others language.”

In 1979, he declined a knighthood and again later when the offer was repeated. He was simply not comfortable with a title any more than he was comfortable in the clothes he was required to wear on formal occasions. In truth he liked being plain Turlough O’Donnell and thought that very fine, although his son Turlough also pointed out that an honour, never offered, was one to which he was fully entitled – An Dalach – the traditional name of the Chieftain of the O’Donnells.

In later life he suffered a number of heavy blows. First, he lost most of his hearing which was very hard for a gregarious man who loved company. Then he was deprived of his eyesight which was very cruel because he loved reading. Two years ago he had a stroke which confined him to a wheelchair, and nine years ago he suffered the enormous blow of the death of wife, Eileen.

“He was, ever and always, his own man. And we thought he was a great man who was full of life. We should not have been surprised that after a full lifetime of 92 years he faced a slow decline to a peaceful death in the same way as he faced the possibility of a swift and a more violent death many years earlier: clear eyed, unblinking, and with a big ,strong , and oh so courageous heart,” concluded Donal.

After reposing at home on Saturday, Turlough was removed to the local church of Saint Oliver’s for Funeral Mass on Sunday morning. Father Padraig Keenan PP was the celebrant.

Sons Turlough and Donal spoke of their father, while the church chwoir of which the deceased and his late wife, Eileen were members for years provided the beautiful music and singing.

The family are particularly grateful to all friends and family who were so good to their father in his last years and for the many, many acts of kindness towards him. They greatly appreciate the care – all of it over and above the call of duty - of all those at Blackrock Abbey and all those who minded him at home and the great skill, kindness and attention of Dr David Connolly. Particular mention is made of Tony Sharkey and the Buchanan Family of The Stone House with special regards to Sarah.