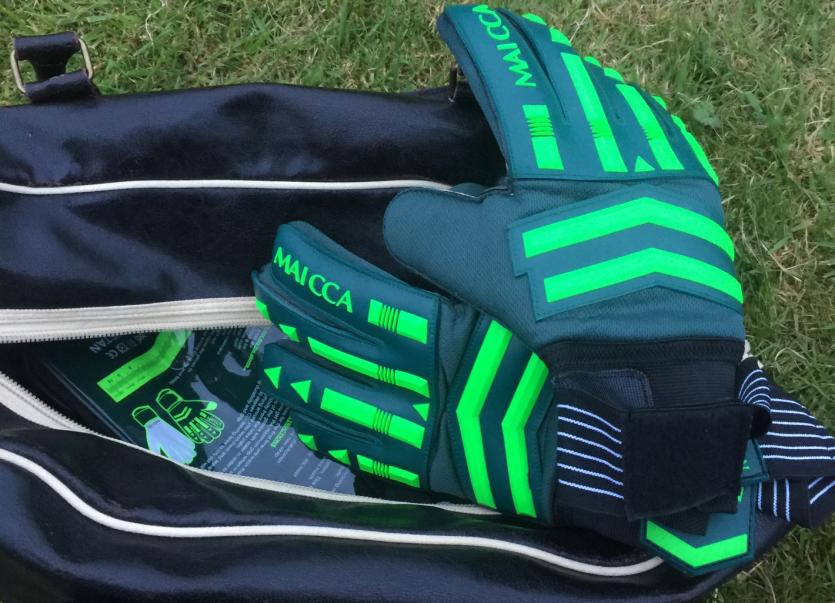 I was looking at it for longer than I really should have when one of the lads asked me what it was. I said it was a lighthouse, of sorts; unmanned nowadays, but still serving its purpose regardless. Guiding boats into the mouth of the bay and the port of Dundalk.

The inquisitive mind beside me said it looked more like an alien craft, I agreed.

And so, as we both stared at the spider-like form of Dundalk lighthouse out in Dundalk Bay, my mind and attention drifted back to the game of football taking place across the white line from where I was standing last Tuesday evening.

On a pitch in the shadow of the Cooley mountains, beside the old railway station house at Bellurgan, normality began to return, ebbing slowly towards us, like the crashing waves just a couple of hundred metres away from the pitch.

Kitted out in shorts, socks and boots, I stood on the sideline as the first half wore on and the feeling of having never been away washed over me.

The last time I kicked a ball in anger was early March 2020. Just a few short days after that last run-out the country locked down hard and even though there had been some moments of relief last Summer, organised local amateur football didn’t get a chance to reappear. That was until now.

Before the game had even begun, you could feel it. Among men of my own age - older than they think and more readily breakable than the younger crew – youthful excitement was building.

Lads I hadn’t seen in over a year waddled up the lane towards the pitch. The ‘Lockdown Loaf’ had changed their physical shape somewhat, but the energy was undimmed, thank God.

A warm-up began. Imagine? Cones were placed on the ground and we skipped and hopped and even jumped in sequence around and over (and sometimes through) them. Never would I have taken to a warm-up with such gusto and delight.

The weather was just about fine for the evening it was. A stiff enough sea breeze blasted the pitch, but it lacked a chill and managed to freshen up the sweaty faces struggling for air after a 2-minute jog.

The goalkeeper gloves I had bought during Lockdown 1 in March 2020 finally had their day in the sun (kinda). Although I was on the sideline for the first half, my return to competitive action was merely delayed, with a second half arrival onto the turf dawning soon.

I noticed, sadly, that the need for stretching had become more essential rather than just notional since the last run out 14 months previous. Still, the hamstrings seemed fine and although some of the joints needed more oil than before, I felt fit and ready to go.

By the time I entered the fray we were 3-0 down against this Bellurgan United select and any pressure of letting in the first post-Lockdown goal was already past.

And you know what I also missed? Something that has been the bane of my footballing life for as long as I have played in goals – the big dirty, rock-hard, bald sand-patch immediately forward of the goal-line.

For years I’d end up tearing my knees open either trying to save a shot (no laughing at the back, please) or simply bending down to retrieve a slowly incoming ball (ditto). But last Tuesday was different, I looked at the stony, gravelly patch with a nostalgic smile and then quickly asked for a pair of tracksuit bottoms I’d brought for just such an eventuality – old dog for the road and all that.

There’s no point trying to dress it up, it took a while to ‘get the eye in’ in terms of reactions and sharpness. Over a year of non-activity left the brain idling a little and I had to shake myself into life repeatedly to get the head focussed once more.

Two goals passed by me during those 45 minutes on Tuesday night. I didn’t mind so much – neither were really my fault and the sense of just being happy to be back superseded any other emotion.

There’s another friendly on Tuesday before the Dundalk & District League kicks off the following week.

I think I’ve one more year left in the legs, and as a wise (older) man once told me – enjoy playing for as long as you can, because you’ll be watching it from the sidelines for long enough.

And, I had a pint of Guinness for the first time since God knows when, last week. It’s the small victories that are hopefully helping us all get through these times.

A family trip to the lakes of Cavan is coming up this weekend. Rain or hail, I think I’m even going to do a spot of fishing while there.

Haven’t done that since I hooked fresh air while dunking for mackerel off Greenore Port about 20 years ago.
Time to enjoy everything and absolutely anything once again. 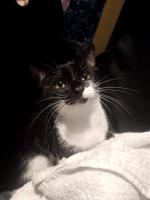 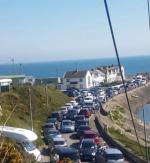