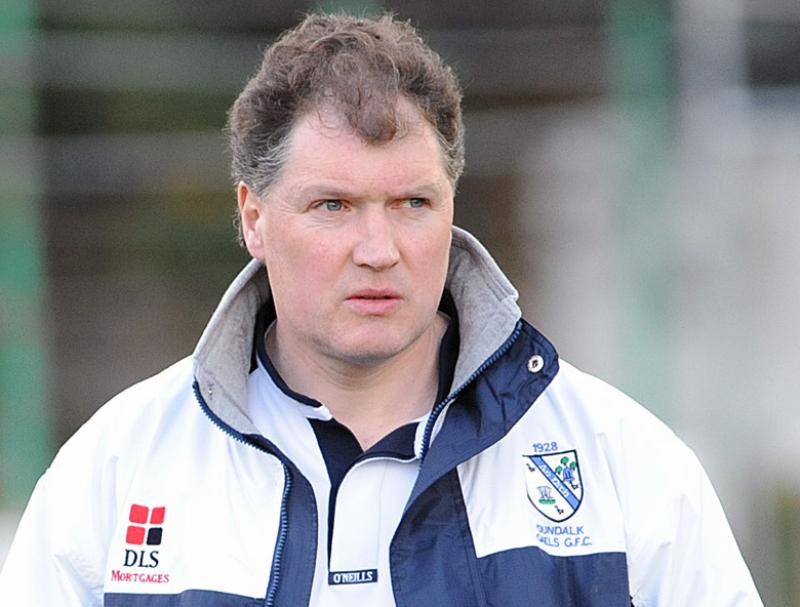 Niall Lambert guided Dundalk Gaels to the 2007 IFC having previously played for the club over a long number of years. (Pic: Arthur Kinahan)

If patients die when doctors differ, what happens when pundits, especially those of the amateur variety, differ? There’s a chuckle, maybe even a bit of a laugh.

This and other ’papers’ sports gurus have been turning in All-Star performances keeping the back pages full to capacity since Covid-19 put an end to all on- and off-field activity over two months ago.

Flicking through back editions to recall events of days gone by has provided them with no end of copy. Pictures are an embellishment, making most articles attractive to look at and read.

Another filler, no less interesting, is the guest spot where ordinary people, if I can call them that, are asked to answer a few questions, including naming their best-ever teams. GAA fans have two to pick, one from club football the other from county representatives. Orielites have only to confine themselves to wearers of the white-and-black jersey, and, not surprisingly, many of the current crop are making it on to Dundalk teams.

I’m wondering if I had sent out my CV would I have made it on to any of the county teams? Three years a county minor, two on the U21 side and about 10 with the seniors. There’s more, arguably – only arguably, mind you – the best player to ever come out of McDermott’s Terrace.

Not bad, eh? I know many among the latest generation think so – I’m only hoping they never ask me to show them my medals.

But no complaints on not making it on to any of the teams. Only a few of the 10 or so who’ve been so far doing the selecting would have seen me play, and in truth, I couldn’t find fault with any of the choices. The only pity is, none of the teams selected was ever together at the same time.

Could you imagine: Keenan and O’Hanlon at midfield, Farrell in goals, McDermott and Matthews in the full-back line, Wiseman and McCann in the half-backs, Gaughran on the forty, and Lennon at corner-forward playing alongside his nephew, with White completing the line? And manager, Paddy Clarke, still with places to find for Melia, McCabe, Kelly, O’Brien, Finnegan, Toal, Hoey, Rooney, McDonnell, another Lennon, and so on and so on.

Back to me. One who not only saw me play but also lined out with me in club football was among those who had his say. But, incredibly, I say, Niall Lambert didn’t even pick me on his best Dundalk Gaels team.

This issue came up for a short debate when I and others in The Ramparts crew gathered – for the first time in nine weeks – at Peadar Keenan’s funeral in Lordship last Sunday fortnight. I wasn’t the only one with a crow to pick. Noel Connolly thought he should have made the goals, and had either of them been there, Declan Croucher and Kevin McCarthy, two of the best to ever come about the club from outside counties, would have had a compelling case to make.

I can imagine there being more to say when – hopefully, soon – we’re all sitting around a table to celebrate a return to something close to normal.

Hot and heavy? Not really. There’ll be plenty of banter okay, but nothing else. However, if I’m asked to name my best-ever Gaels side, Lambert won’t be on it. And neither will any of his brothers.

But, wait; I might think I have something to whinge about. What about Seamus Kirk? He was one of the celebrity’s choices for midfield on a county side, but somewhere else on the same page was omitted from the best-ever St. Bride’s team.