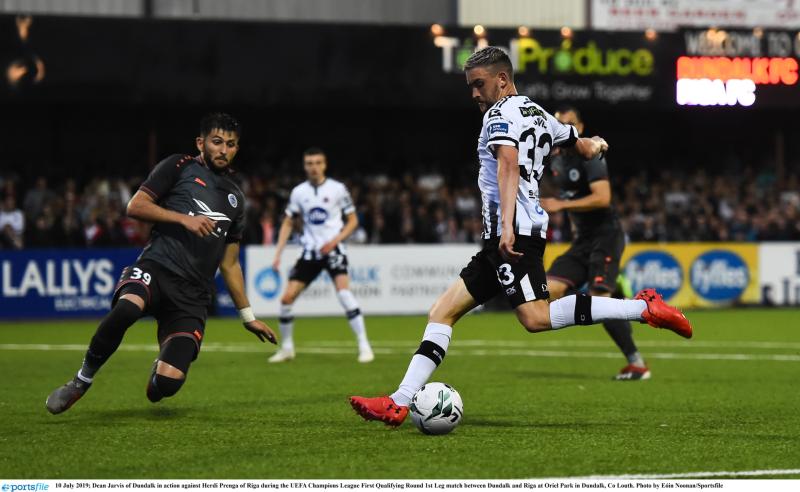 There’s a ‘provincial’ look to the Super 8s, and, in ways, it’s a throwback to how it was before this new concept, and, indeed, the qualifiers were introduced.

Dublin and Meath represent Leinster, Tyrone and Donegal go for Ulster, Mayo and Roscommon fly the Connacht flag, and - what’s new? - Kerry and Cork are coming up from the south.

Two from each province, and in light of all we’ve seen over the past few weeks, all of the title-holders may not be the championship’s strongest contenders.

Okay, so Dublin had no serious challenger in the east, while Kerry got the expected Munster result, albeit after a scare from their great rivals. But would you now rate Donegal above Tyrone, and would your money be on Roscommon to go further than Mayo?

The first Super 8s matches go ahead this weekend, but there are also fixtures of significant local importance. Foreign voices along with John Murphy’s will be heard at Oriel Park tomorrow night as Dundalk open yet another European campaign, and on Friday night, six of the country’s top greyhounds go chasing International honours at Dundalk Stadium. And over three days, Friday to Sunday, matches in Louth GAA’s three main championships get sorted out.

Oriel Park has been the setting for many great and not so great Euro nights, playing host to some of the continent’s best. Riga, the Latvian champions, are on a first visit, and can expect a welcome on to the field, but a stern test on it. Free from pressing domestic concerns, Vinny Perth’s men can, as they say, give it a lash. Inside Track will be taking the story of the game from the Dundalk FM team.

The greyhound racing and its sister sport, coursing, are under a cloud since RTÉ screened an investigative programme a fortnight ago. Those within the game say the programme was heavily biased, one-sided and over-laden with inaccuracies.

What has disappointed the partisans most is that those who govern their sports have not, at the time of writing, taken the opportunity to present the other side.

All of the Super 8s teams are out this weekend, and none of the four games lack interest. It’s probably the most attractive and keenly anticipated of the three fixture-lists; if a team takes a hammering first time out, they’re as good as gone, rendering their remaining matches meaningless.

Dublin are at home, meeting opposition from outside of their province for the first time this year. Cork have recovered well from a poor league campaign, running Kerry close and easily beating Laois last weekend. It will be interesting to see how they set up against the champions.

Roscommon had a dreadful Super 8s campaign last year, and in their bid to avoid a repeat will want a good start. They’d have preferred something easier than a meeting with Tyrone, and even with home advantage can’t be too confident. Tyrone wiped the floor with Cavan on Saturday and are arguably a better team than the one beaten in last year’s All-Ireland. They’ve thrived in the qualifiers and at this point have the look of All-Ireland semi-finalists about the team most likely to go through with Dublin from their group.

The game of the weekend could be in Killarney, where Kerry entertain Mayo on Sunday. Win this and Mayo will be nicely poised; lose it and it could be all down to their round three match with Donegal.

Meath are in among this group of heavy hitters, probably still feeling the effects of Sunday’s energy-sapping clash with Clare.

No doubt Andy McEntee’s men could have done with something better than a six-day turnaround, and it would be more to their advantage to have Donegal visiting Páirc Tailteann rather than face a Saturday trip to Ballybofey.

Inside Track picked three of the four provincial winners in its longrange forecast – no big deal – and named two other qualifiers for the Super 8s. Again, nothing wonderful there. The team picked for All-Ireland honours were Kerry, and horses are not going to be changed at midstream.