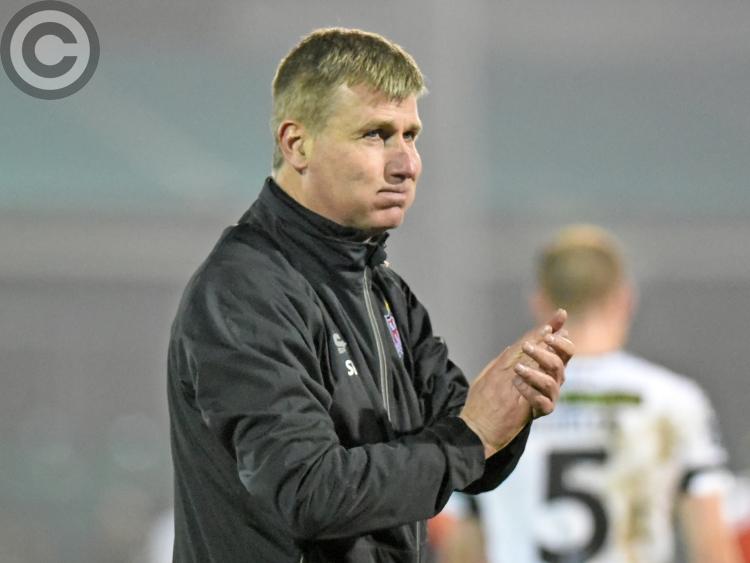 Goals in either half from Patrick Hoban and John Mountney sealed a seventh win of the season as The Lilywhites maintained their unbeaten start against the basement dwellers.

However, for long spells, Dundalk had to repel Bray's advances with 'keeper Gabriel Sava on hand to prevent the Wicklow side on three notable occasions.

"It was hard fought, probably the toughest we have had all season. It was a difficult pitch tonight and we had to fight for the right to win the game (because) Bray were very motivated.

"(The goals were) two great strikes from Pat Hoban and John Mountney. It's an important three points (because) we have a quick turnover of games."

While complimentary of the performance of Sava, Kenny confirmed that Gary Rogers is "not too far away" from a return from the calf injury sustained in the win over Bohemians a fortnight ago. The Meath man again went through a rigorous pre-match routine with goalkeeping coach Steve Williams last night despite not being named in the 18-man squad.

Krisztián Adorján has also emerged as an injury concern having clashed with Bray's Kevin Lynch in the early moments and, after receiving treatment, the Hungarian was replaced at half-time with a suspected concussion. He is now expected to miss Tuesday's match in Limerick.