McGrath singles out Emmet Carolan for praise; he insists there will be no further departures from panel 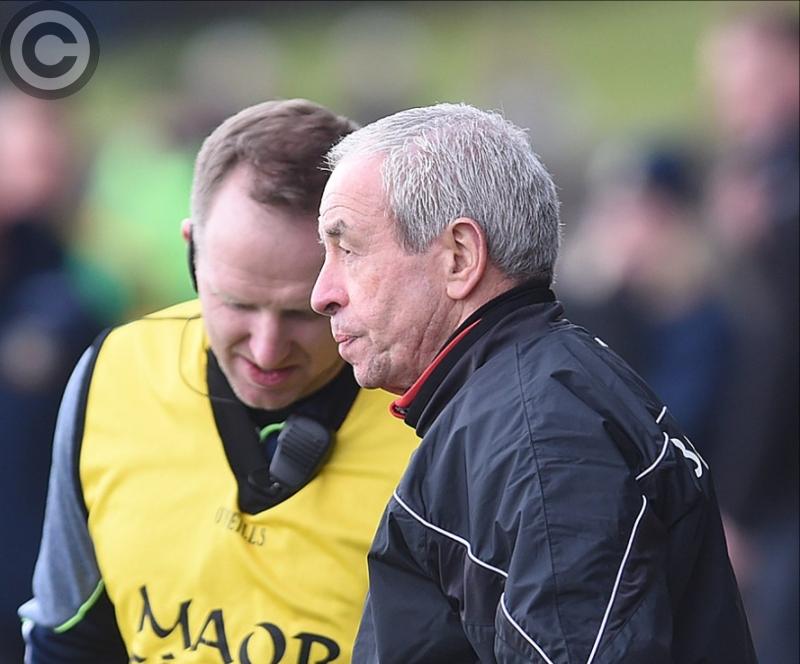 Louth manager Pete McGrath agreed that his side has been 'out of their depth' in Division Two having fallen to their seventh successive defeat at the Gaelic Grounds on Saturday.

A strong second half performance saw Meath come from behind to prevail comfortably with Louth scoring only once from play after half-time.

"That's the league gone and it's very disappointing to finish pointless. We have just got to park the league, players and management, and move forward in the next six weeks towards the Carlow game," the Wee County supremo said afterwards.
McGrath was able to name only five subs for the match due to injury and player unavailability. Indeed, the absence of key players has been a trend of his side's disappointing league campaign.

"For retirements, injuries, emigration, for whatever reason, a county like Louth cannot sustain that and hope to keep playing at a certain level so, yes, there is no doubt (that players' absence played a role) and the evidence is there. It doesn't take a mastermind to see that this division for this group of players has been a step too far. It has been a step too far too soon, but, hopefully, they'll be better for it."

He added: "Some young players have come through very strongly, none more so than Emmet Carolan who has been a brilliant full-back for us and was brilliant again today. James Craven has been a plus and he missed today with a hamstring injury. Ryan Burns missed today's game so we had problems coming into the game and when you have only got five subs, four of which came on and when your other sub is your goalkeeping coach, now, I mean that shouldn't happen at this level of football. It just shouldn't happen at this level of football."

Asked if there would be any further departures from the panel ahead of the championship, McGrath quipped: "We certainly won't be losing anyone because if we lose any more (players) we'll be down to the floorboards.

"It's about getting those lads fit and ready and if that's the case that would improve our options quite considerably, particularly in the forward line," said McGrath.