Skoda Scala is all about cleverness and price 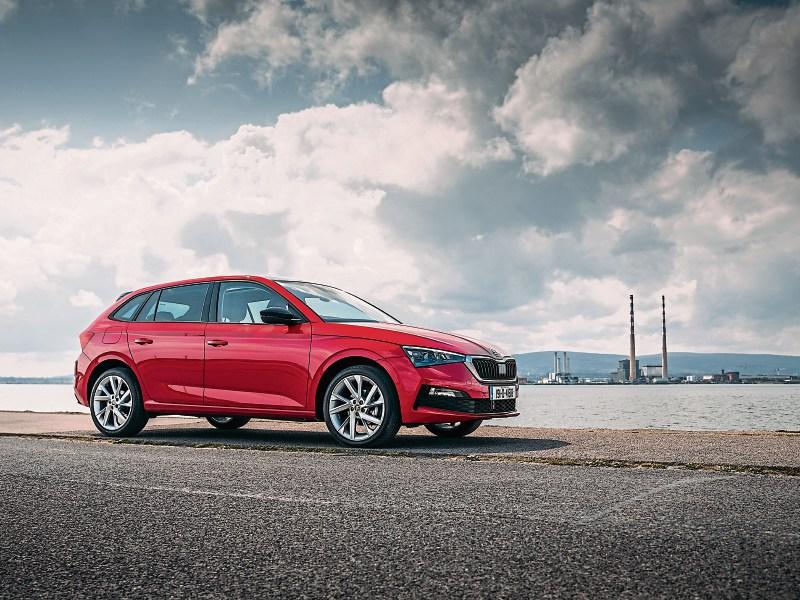 The Scala is a new car from Skoda and it is a “hatchtate” a merger of a hatchback and an estate. It combines the best of both shapes and is the form of a car I like the most.

It’s a replacement for the Rapid but here’s the thing, it’s longer, wider and taller than the current Golf and with a boot measuring 467ltrs, 87ltrs more. It’s also built on the same platform as the Golf so it’s quite an achievement.

The Scala looks appealing with some nice front and rear lights and it retains the all-glass top-half tailgate from the Rapid - its best design feature.

My drive was the 1.0l TSI version in top spec. Style trim for €25,650 rising to €30,118 with nice optional extras like the panoramic roof, wireless charging and an electric tailgate.

I’d keyless too which really is a must have these days. In the smartphone age the voice control activation button on the steering wheel started Siri on my iPhone which is simply perfect. The central infotainment system had Apple Car Play as well which displays Google Maps, makes the playing of podcasts a cinch and has Spotify for personal music playing.

The Scala was a revelation in terms of fuel economy. I recorded 5.9ltrs/100kms and for such a sizeable car, doing the trips I did, in the style I did, was really remarkable. I’ve previously found small petrol engines to be partial to 95 octane and not in any way fuel efficient.

I liked the feel of the car being similar to the new Polo and Ibiza. It’s functionally easy to drive and has fair feedback. It’s not as engaging as a Focus or Golf so let those two up the ante every time a new one is released. I can vouch for its quietness in this all important area.

The interior materials are on the money with all those things you touch feeling nice. I didn’t like the shiny metal effect across the dash though. To adjust the temperature you need to bring up the controls on the screen when all you want is a simple rotary knob. Is it too much to ask?

The attraction of Skoda is cleverness and price. I think Skoda’s pricing is showing signs of creep which may be expected as a result of their popularity here and widespread market appeal.

If you are in the market for a Focus/Golf sized car then the Scala simply must figure.