The new Volkswagen T-Class will make its mark 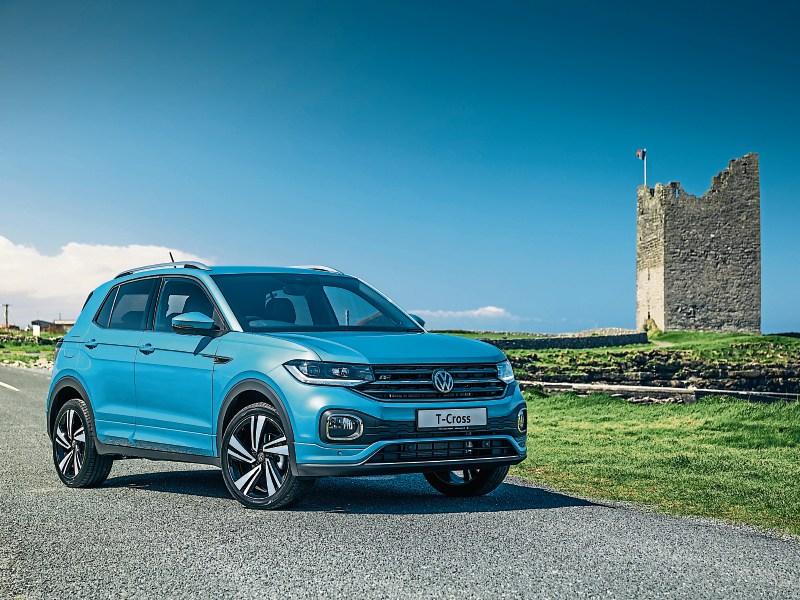 Trends, fashion whatever the need for a crossover from every sector of the car market must be the mantra at a lot of car manufacturers. Volkswagen have in descending size order the Touareg, the Tiguan, the T-Roc and now the baby of them all, for now, the T-Cross.

Look at it as the utility version of the Polo and it goes head to head with the likes of the Stonic, Q2, 2008, Juke, Ecosport, Arona, Kona, Captur and C3 Aircross. I’m breathless listing them with more to come. It is a fiercely competitive sector with the Captur the King of the Road throughout Europe and everyone chasing its crown. The Kona is the Daddy here in Ireland by a long way

I’ll declare and interest here as an owner of the Peugeot 2008. I bought it for its space, all round visibility, practicality and because I knew the previous owner ;-) and wanted an automatic car for my kids to learn to drive in.

I believe road knowledge is easier to acquire if you are not fixated with gears, clutch and handbrake. I could be wrong, but I’m not.

Looks wise I think it is better looking than the T-Toc and has a bit of Mini-Touareg about it. It’s not a lot smaller than the T-Roc when coldly analysed by dimensions with its 385ltr boot only 60ltrs less than the T-Roc. 63mm might not sound a lot but being that much narrower made three in the back a bit of a squeeze. The non-surprising interior could have been a bit more daring and funky for added personality.

The car benefits hugely by the wonderful 115hp 1.0lTSi engine. This is used in a lot of VW cars but really suits the proportions and expected use of the T-Cross.

I found it zippy & nippy. The car handled fine and as long as you’re not over exuberant you’ll encounter no issues albeit being a tad noisier than expected.

It’s right at the upper end of the pricing spectrum but if you are a VW fan you probably knew that already.

The T-Cross will make a mark in the sector but it won’t be as widespread as other VW’s like the Tiguan, Golf and Polo.

As I said it’s a fierce sector.