Subaru Impreza looks are bang up to date 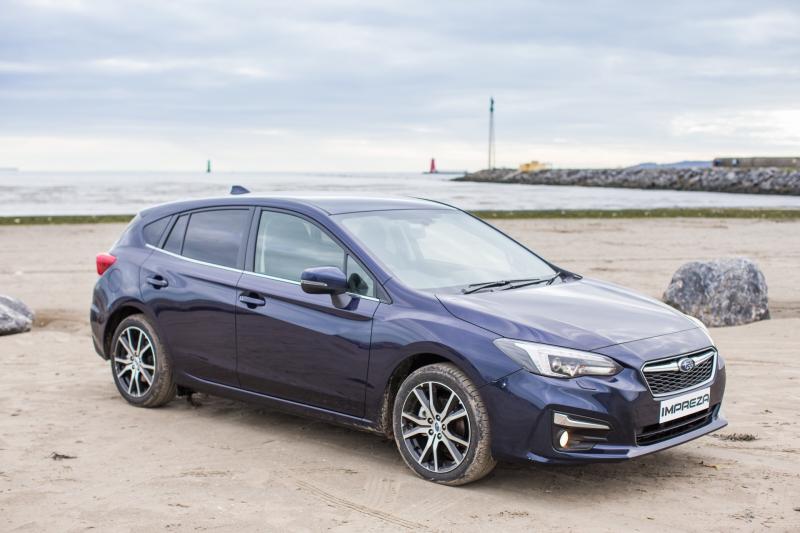 Subaru Impreza looks are bang up to date

It’s not my job to sell cars but review them. That said, if I was a Subaru salesman I’d be chomping at the bit to sell the new Impreza. Why? Well in the past they’ve had to endure the “great cars but dear label”.

There was a cohort of buyers who were as loyal as Mayo football supporters who religiously  bought the brand. Now they can realise serious value. The Impreza is available for €25,995. So what?

Well the new, just released, Ford Focus has an entry price of €24,900 for a 1.0l, 125PS petrol-engined, Zetec model. The Subaru S has a 1.6l, 114PS petrol engine, comes with automatic CVT transmission and has all-wheel drive as standard! It’s a salesman’s dream and an opportunity for the  savvy buyer to nab a bargain. In the “mine is bigger than yours battle” the boot in the Impreza is 10
litres larger at 385l.

So off to a great start. The looks are bang up to date and in an era of slashes, complicated curves and busy front noses the Impreza is up there with the best of them. On the inside another old charge of  blandness and hard plastics has gone and you’ll find little to quibble about when compared to the  competitors. I wouldn’t go so far as to say they are premier league yet, more newly promoted.

The seating position is low down and sporty and affords the ideal position to appreciate the  idiosyncrasies of the boxer engine. There is a difference in how it revs and feeds its presence into your seat that drivers of 4 cylinder engines don’t appreciate. Then again they are going to have to because most petrol engines in this sector are moving to 3 cylinders that, curiously, have a not too dissimilar feeling.

The catch? Well I recorded a fuel return of 8.5l/100kms (Officially 8.1) compared to 7.4l/100km in the brand new Focus (review coming soon), so not much of one. That may be because I had the drive mode predominantly set in Sport. Normal would be usual. Acceleration was so-so accompanied by the strange contrast of the engine’s revs sound not exactly being matched by the pace on the tarmac – a feature of all CVT engines.

As I said I don’t sell cars but if I was I’d be thrilled if I was charged with meeting targets having an Impreza in my catalogue.