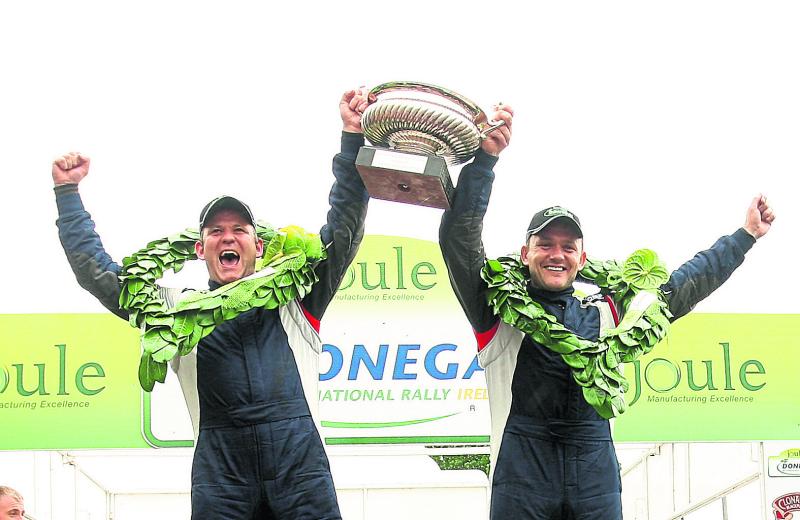 Manus Kelly and Donall Barrett are Donegal International Rally champions for 2017.
They become the first Donegal crew in the history of the event to win back to back Donegal titles.
Manus went into the final day seven seconds down and while he edged ahead of long time leader, Donagh Kelly, he had to come from behind a second time today before claiming a second Donegal crown.
Donagh Kelly had a moment on stage 19 and lost time as a result of a puncture. Such was the extent of the damage that he was forced to withdraw and Manus Kelly just had to keep things nice and tidy over the last stage in Glen.
Alaistair Fisher was second with Garry Jennings third.
Speaking at the finish, Manus said he was thrilled.
"I'm so happy. We had a big tyre choice to make today and it worked out for us when we really needed it. I have a great team around me and this win is dedicated to them. So many people have played their part in this success," he said.
Meanwhile, Damien Gallagher and Mac Walsh took the honours in the national championship.
"It's a great feeling and today is a long time coming. Mac has been with me for the last 15 or 15 years and I hope he's going to be there for another 14 or 15," Damien said.
Declan Gallagher was second in the national championship.