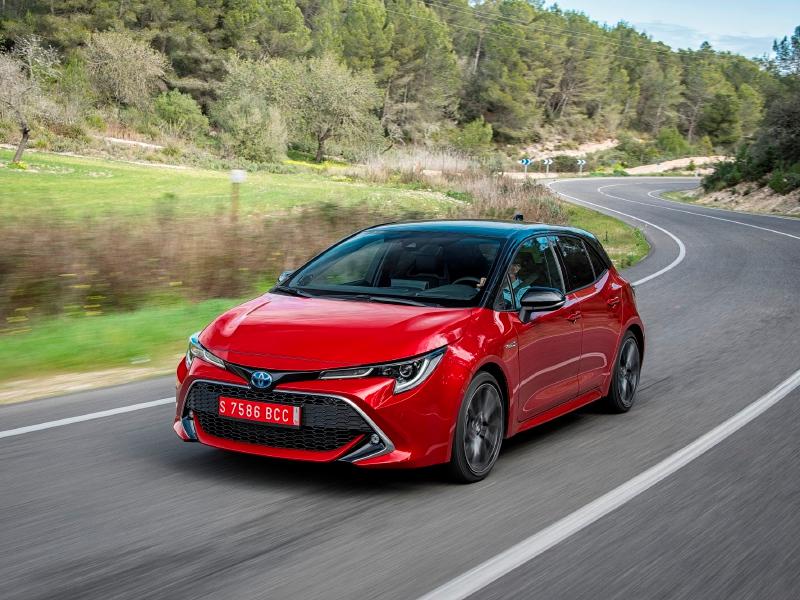 I recently drove both the saloon and hatchback versions of the new Corolla. It cemented my view that the least practical shape of a car is the saloon. I’ll explain. I bought some garden chairs a few weeks previous.

They were good so I decided to buy two more. I did the deal and went to take them home. There was no way I could get them into the saloon. Even leaving the boot open I could not take them as I had no way of securing them. They’d have been fine in the hatchback version – the one I’d buy – after the estate of course.

The new Corolla has done something amazingly unexpected. It’s easily the coolest and best-looking car in the sector now, and arguably the most desirable. The saloon, despite its drawbacks, looks premium and sleek whereas the hatchback delivers a jaw drop reaction. Especially in red with the black roof which seems to be just about everywhere and best compliments it. I challenge you to find a better-looking front or backside in the sector for the money.

Both were hybrids and super quiet. Both were very frugal too with my return of 5.6l/100kms on average in both. The CVT (auto) gearbox was effortless to use and really delivers a stress-free drive. The disconcerting, disconnect between the engine sound and progress on the road was not so noticeable in the Corolla and the better for it. Road holding is engaging and assured majoring in unthreatening to provide widespread appeal.

I have no argument with the interior materials used at all delivering a very plush one as good, if not better, than a considerable amount of its competitors. No argument with the amount of space either and it’ll take 5 adults cosily. There was no smartphone mirroring which is a solo run by Toyota that needs to be discontinued and offered to the two types of phone users in the world. Kinda obvious isn’t it?

To prove that there is no fence-sitting in my world read this. The new Corolla from Toyota is one of the best cars I’ve driven this year. From a performance/price/packaging perspective its virtually unbeatable and I’m not alone considering it’s the best selling car in Ireland so far this year and it’s not, get this, a CrosSuv.