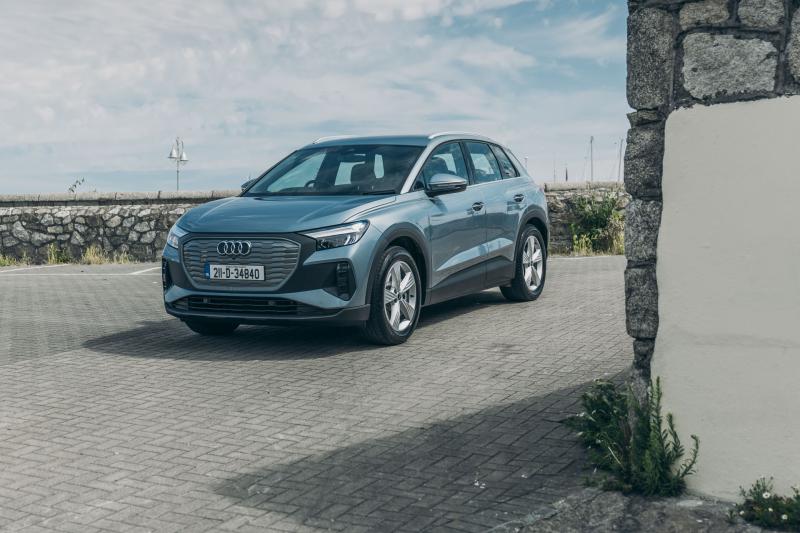 It struck me that the proliferation of electric vehicles presents car manufacturers with a glorious opportunity for an upsell. Instead of concentrating on the shape of the car and its intended use and number of passengers, they can offer a car for shorter ranges versus longer ranges yet still offer the same performance and ability.

The battery choice replaces the choice of internal combustion engine. A smaller battery in the car works for city and urban use whereas the larger battery is needed when you travel further.

Two cars can be identical apart from the battery and allows the car manufacturer’s dealer to make an upsell of the same car by offering a bigger battery but with the same performance.

The Audi Q4 e-tron is a perfect example. There are three trim levels in Advance, Sport and S-Line and you can have any of them with either a 55kW battery or and 82kW battery. That bigger battery gives an additional range of 186kms over the 325kms you get from the smaller one.

That additional range means you have to find between €8k-€12k depending on the trim you choose. The range figures are for the most part aspirational. Real world consumption is a lot less than the manufacturers claim and is a product of how hard we drive, how hot/cold we want the car to be and how many we carry.

All these factors apply to any car of course but in an electric car the impact is felt most culminating in reduced range. That’s why choosing the right battery for your particular requirements is so important.

If the range doesn’t suit your needs that is not the car’s fault in the same way that you would not blame the 2-seater sports car you just bought for not catering for your family of 7. As ever, always do your research, and then some more.

I actually thing the Q4 is one of the best looking and all-rounder Audi’s on sale and in Sportback guise, particularly fetching. It allows you forget how it’s powered with the only electric giveaway is the solid front grille. On the inside, as we all know with Audis, is where the magic happens.

I defy anyone to sit into an Audi and not instantly want that interior. The layout, touch and feel of everything oozes luxury. To find an item that doesn’t meet those criteria requires a forensic analysis by the pickiest of minds.

Spare yourself the time and just soak up a fabulous cabin. Space wise, five adults with luggage, for the 520l boot, is coped with expertly. 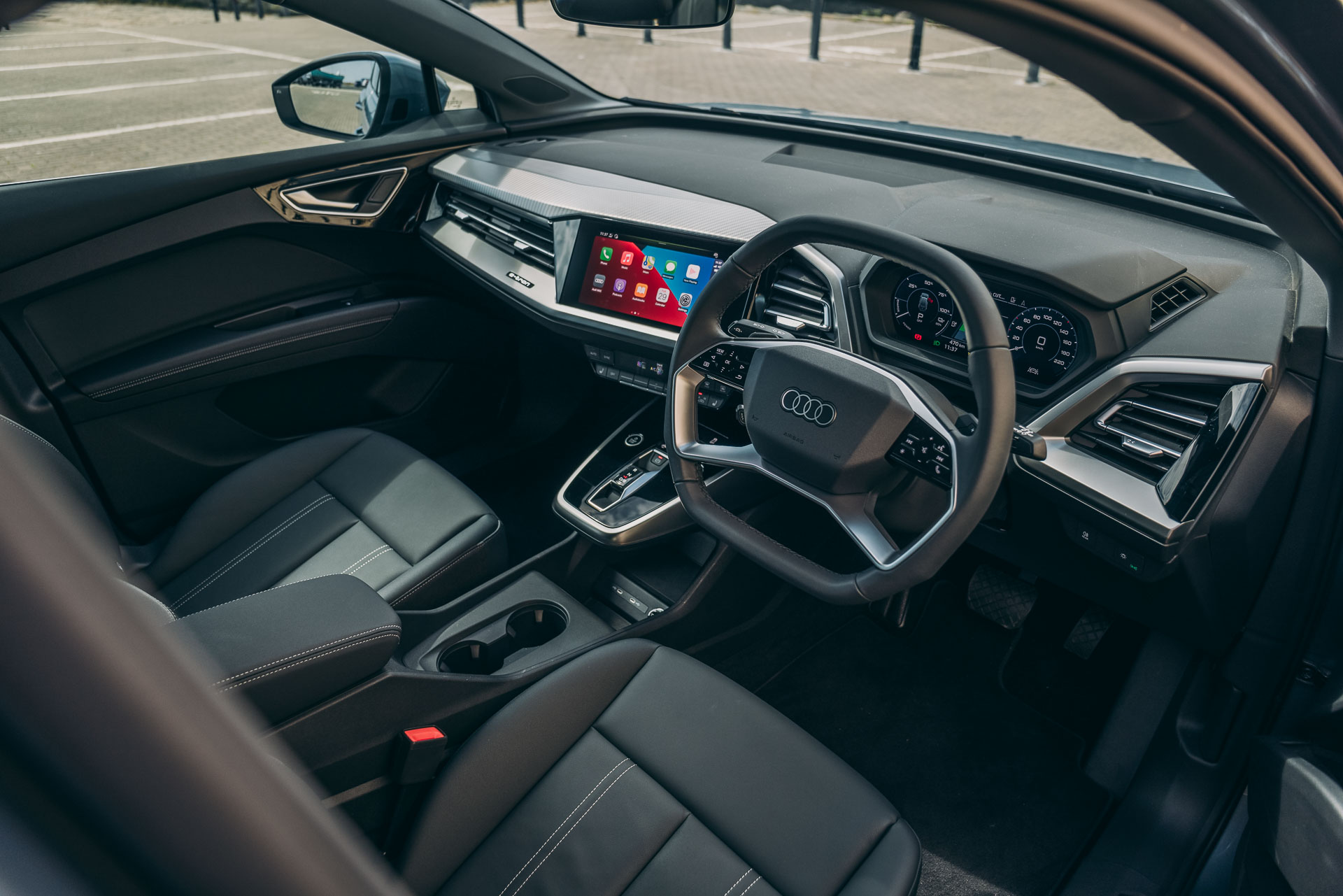 On the road it is predictably quiet and as with all electric cars, immediate power is readily available. The mechanicals are quite straightforward with an electric motor powering the rear wheels which is not what you’d expect.

Electric cars seem to major on comfort and a conservative ride, which I believe induces you to drive serenely as if every amp is sacred. It you want thrilling driving look elsewhere in the Audi range.

The obvious competitor for the Q4 is the sublime Hyundai Ioniq 5. Let that sink in. The breakthrough Ioniq 5 has blasted its way into the premium sector and deservedly so.

This has had an effect on Audi because the pricing for the Q4 e-tron is by Audi standards very, very keen. By way of demonstration, the cheapest A4 with a diesel engine starts at €49,782. The Q4 e-tron starts €40,788 for the entry Advance with the 55kW battery. If you want the bigger battery then pricing starts at €51,100. So for in and around the price of an A4 you can go all-electric and get a crossover shape. To further demonstrate how keen the all-electric offering is, the Audi Q3 starts at €45,440 and that’s for a diesel, which is the same shape but, get this, is shorter, thinner and lower than the Q4.

I’m truly trying to find the catch but as yet I can’t ,and the Q4 e-tron represents a super bargain in terms of a car from Audi.
In terms of value for money, badge snobbery, environmental bragging rights and having an SUV shape, the Audi is hard to beat.

The mad thing is that you could say the exact same for the Hyundai Ioniq 5 and the Kia EV-6 meaning for you, the buyer, the choice of an electric car nowadays is very hard but in a very good way.

Heywood on the Carrick Road in Dundalk