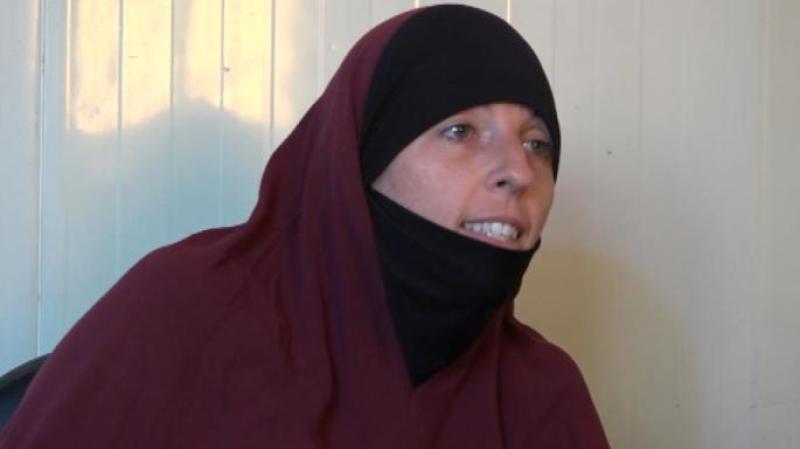 An American Islamic convert who taught Lisa Smith about the Quran and helped get her out of a women's "prison" in Syria was wanted by the FBI to face charges for supporting a terrorist organisation, the Special Criminal Court has heard.

In interviews with gardai Ms Smith, a former Irish soldier who denies membership of Islamic State, said that in March 2016 John Georgelas (aka Abu Hassan) got her out of a "madaffa" where she said she had been imprisoned for five months with 50 to 60 other women in a single house.

Agent Goehring also told the court that in 2006 Georgelas was sentenced to 34 months in prison after he pleaded guilty to accessing a protected computer to access passwords protecting the American Israel Public Affairs Committee (AIPAC) website. The court previously heard from witness Tania Joya that Georgelas intended to use the passwords to damage the organisation's website.

Agent Goehring further revealed that on foot of a request from gardai he had gained access to Facebook messages and photographs belonging to the account of "Yahyah Abu Hassan".

The court also heard today that Ms Smith told gardai that when she travelled to the Islamic State she wanted to get away from alcohol, prostitution and gay people, all of which she said are forbidden under Sharia law.

The court spent its third day listening to interviews Ms Smith gave to gardai after she returned to Dublin from Syria in December 2019 and was arrested and taken to Kevin St Garda Station.

Detective Garda Eddie Carr told Mr Gillane that Ms Smith said she would not have gone to Syria only for the religious obligation she felt to go to the Islamic State.

She said she felt "uneasy" about going and wanted to go to Tunisia but Georgelas and others told her the announcement of the caliphate was real and she felt she had to go. She said she didn't go to "join anything" but to create an Islamic State where she could live and have a family where Muslims could "live in peace" and not be spat at in the street. When she got there, she said, "it turned out to be a disaster."

She told gardai that her own husband at the time had warned her not to go to Syria but she thought he was just young and didn't know anything so she turned to Georgelas and others for advice.

They told her the Islamic State or caliphate was "real" and they pressured her into going, she said. Gardai asked her about videos she had seen of ISIS on the internet. She said there were other videos showing good things about the Islamic State and telling you that you would have "jobs, rights and Sharia".

She said a lot of people "lie about Muslims to make them look really bad," and she didn't know what the truth was.

She said she didn't go there to fight and never held a gun while in Syria. She said she was not there to provide military expertise and said that although her husband, a Pakistani/British Muslim she married after leaving the madaffa, had a Kalashnikov rifle, he never used it.

All the men had Kalashnikovs, she said. She described herself as a "survivor of Islamic State" and said she tried many times to leave but couldn't. She had no role in Islamic State, she said, and did not provide assistance.

She said that she liked living in the Islamic State at first because there were no pubs selling alcohol, no prostitution and no gay people. "It was nice for a Muslim to live in that environment," she said.

She told gardai that under Islamic law nobody is allowed to do anything to gay people or anyone else, adding: "I'm just saying it's not allowed."

She spoke about suicide attacks by ISIS including an attack in France in 2015 which happened after she had arrived in Syria.

She said the Quran says you must not kill yourself. She said she does not agree with suicide attacks and said that under Islam it is "plain and it is clear, you are not allowed."

She said she doesn't know about things that are reported in the media about Islamic State or ISIS but said that if they did carry out suicide bombings, "they are wrong and they need to cop on to themselves."

She said that she went to Syria for religious reasons and "definitely was not going to fight with terrorists."

When she arrived in Syria and was put in a "madaffa", a home for single women, she said she was "shocked" at the conditions.

She described the madaffa as "like a prison for women" and said she couldn't understand why the Islamic State was building such prisons.

She said that after about five months, Georgelas got her out. She didn't know how he managed it because it was usually forbidden for women to go anywhere without a husband but she thought he might have said that she was coming to live with his family.

Speeding and 'near misses' at McEntee Avenue in Dundalk