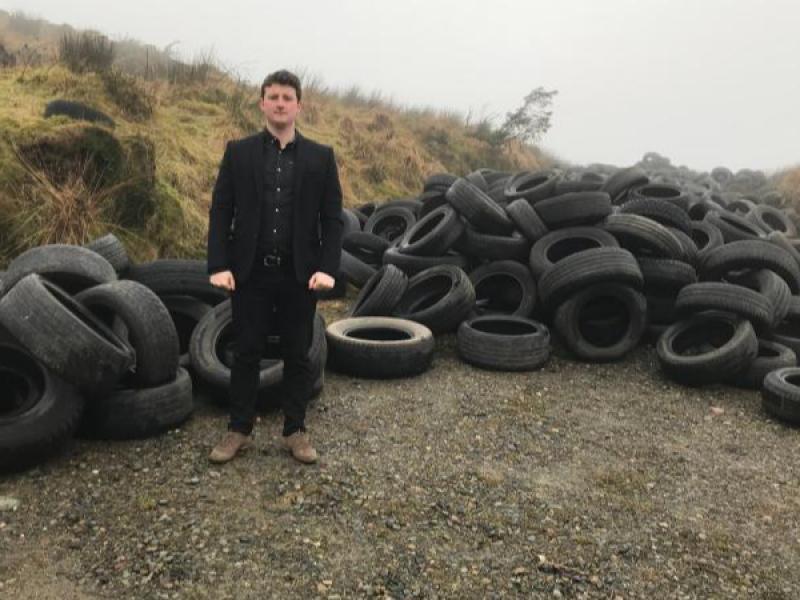 Drones as well as Automated Number Plate Recognition (ANPR) technology could soon be used to tackle illegal dumping locally as part of new legislation before the Seanad.

Previously, local authorities had been restricted in their use of cameras due to a lack of Irish legislation clarifying E.U. GDPR rules regarding data processing.

As part of the bill, local authorities will have to develop a code of practice detailing how they plan to process collected data.

“I’ve been quite outspoken on the situation in my area regarding the dumping of tires and household waste especially around Edentubber which is a huge area of high scenic quality and a well visited part of the country that has been blighted by illegal dumping.

“I know every year the council can make applications for their anti dumping initiative and because the legislation wasn’t in place, we were restricted with what we could apply for.

“It’s good that they’re working with the Data Protection Commission because there’s no point having all these technologies in place if the data can’t be used for prosecutions because that’s the only way we’ll stop this.

“I know in this area there are a lot of groups that will welcome it, including the Peninsula Marine litter group and the Tidy Towns groups who work tirelessly.

“Hopefully this will give them a bit of support and the council will work with them to identify perpetrators.

Councillor Watters went on to state that from his discussions with various groups and officials that it seemed a large amount of the dumping in Cooley was carried out by bogus collectors, some coming over the border, who lead people to believe their waste is being brought to a recycling centre and disposed of properly.

“We need a cross-border element to this.

“The problem is, if you can’t trace these people, you’re fighting a losing battle

“We need to work in conjunction with our counterparts in Newry Mourne and Down Council to make sure information is shared because if a vehicle with a northern registration is caught on camera we need to be able to identify them to make sure the fine goes to them, that’s all part of the data sharing and I hope these things will be ironed out,” he concluded.

“This is a really crucial piece of legislation and urgently needed.

“Like most people, I am frustrated and angry by the tiny minority who engage in illegal dumping.

“It is just awful to see bags of rubbish dumped indiscriminately.

“Our beauty spots are being destroyed, and the waste poses a hazard to animals.

“This legislation will give Louth County Council the power to use technology to detect and prosecute illegal dumping which is undermining and eroding quality of life and the environment in our community.”