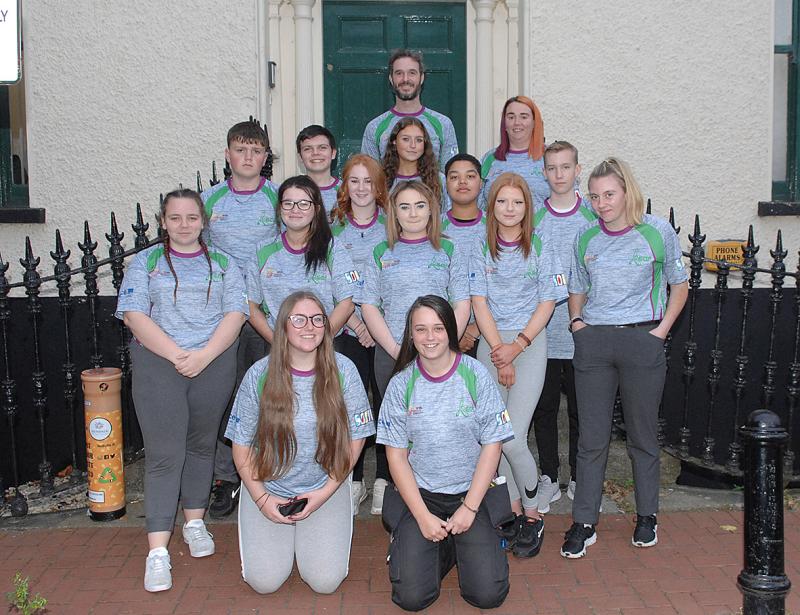 Over the past 14 weeks the New Leaf / Mid Louth Youth Service have facilitated a cross border programme between 30 young people in mid Louth and Crossmaglen from both Catholic and Protestant backgrounds.

The programme looked at examining the effect and the legacy of the troubles and conflict in Ireland.

The project itself is part of the councils €3.5m LAAP and match funding has been provided by the executive Office in Northern Ireland and the Department of Rural and Community Development in Ireland.

Some of the themes that were explored by the young people were mental health, gender equality, the border question, Brexit and how they felt the future would look for them as young people.

Project coordinator Damien Mc Kenna said: “The group worked really hard to understand the importance and fragility of the divide in the North.

"But they also gained a better understanding of each other and found similarities”.

Through the final weeks the group met with local councillors from both sides of the border to express their opinions and have their voice heard on issues for young people.

“The group really came together and were excellent in expressing their opinions, so much so that they impressed the councillors so much that follow up meetings and actions can take place", Damien continued.

The programme ended with a celebration in Dundalk Youth Centre when both groups came together to enjoy their achievements.