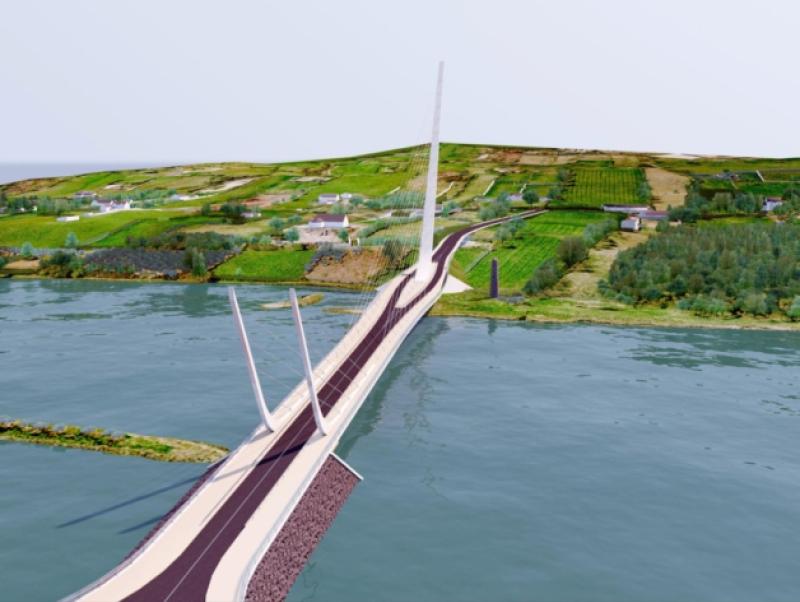 Louth County Council have said that they expect to issue the tender for the Narrow Water Bridge in Omeath towards the end of 2022.

Chief Executive of Louth County Council, Joan Martin, told Sinn Féin’s Antóin Watters that they expect to issue the tender in Q4 of 2022, telling councillors that there is progress being made on the project.

There are currently consulting engineers examining previous tender documentation from when the project had previously been brought to tender in 2013, according to Ms Martin.

The Chief Executive said that this would require several months of work to ensure that the previous tender was up to current regulatory standards, and that the €3 million funding from the Shared Island Fund within the Department of the Taoiseach would be used for this.

Ms Martin also said that the council are receiving monthly reports and that they will continue to update local councillors on the progress of the project.

Earlier this year, the government said that they expected that the project would begin construction in 2023.

Minister for Housing, Local Government and Heritage, Darragh O’Brien visited the site in Warrenpoint where the Narrow Water Bridge is set to be constructed in Northern Ireland last week.

Fianna Fáil Senator for Louth, Erin McGreehan welcomed the government’s commitment to the cross-border project during his visit.

Speaking at the event Senator McGreehan said: “ It feels now that this beautiful area surrounding Carlingford Lough is being seen for what it is, a beautiful place to live and work. "If this was in any other part of the country there would have been a bridge long ago, it is only because it's on the border that it has been forgotten.

"It feels like we are finally beginning to move on and people are believing in this region and I for one am very proud to be pushing this entire region at a national level.”