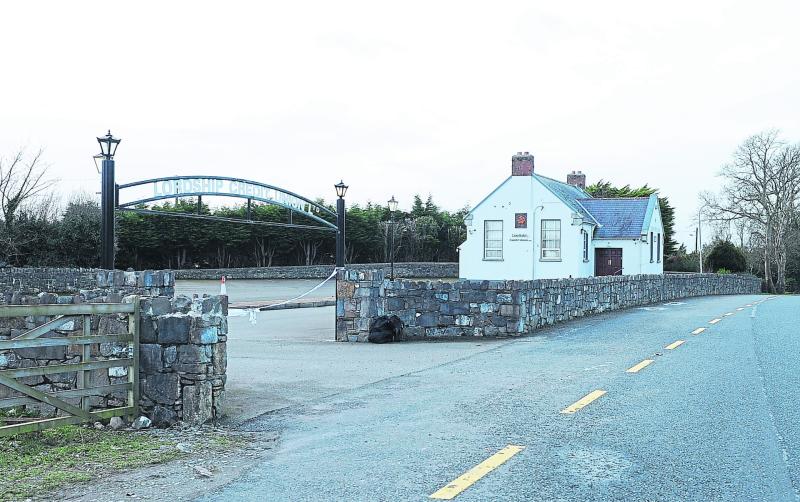 A 33 year old man charged in connection with a robbery at Lordship Credit Union in north Louth eight years ago, during which Detective Garda Adrian Donohoe was murdered, was sent forward last week for trial at the non-jury Special Criminal Court.

The book of evidence in the case, in the form of two large lever-arch files, was served on Brendan Treanor with an address at Emer Terrace, Castletown Road, Dundalk who is facing trial on two charges.

He's accused of allegedly robbing €7,000 in cash and assorted cheques at Lordship Credit Union, Bellurgan on January 25th 2013 and with conspiring with two named individuals and others between September 11th 2012 and January 23rd 2013, both dates inclusive, to enter residential premises as trespassers with the intention of stealing keys of the householders' motor vehicles.

A solicitor from the office of the Director of Public Prosecutions told Dundalk district court last Wednesday that the exhibits in the case are quite large and she had supplied a copy of them that morning to Mr. Treanor's lawyer on an encrypted USB stick.

The solicitor added that both charges are non scheduled offences, and pursuant to the Offences Against the State Act, the DPP had certified that the ordinary courts are inadequate to secure the effective administration of justice.

After administering the alibi warning to the accused, Judge Eirinn McKiernan remanded Brendan Treanor in custody to a sitting of a Special Criminal Court and granted legal aid to cover one Senior and one Junior Counsel.