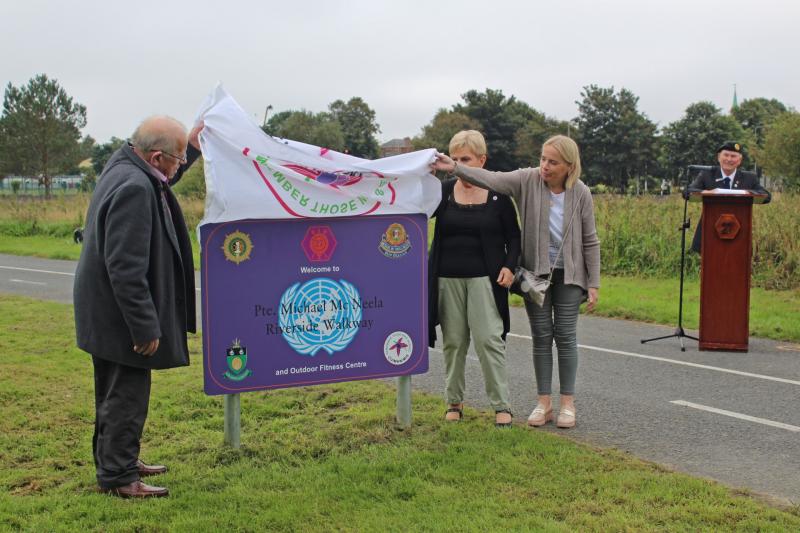 Michael's parents John and Kathleen, as well as his sister Julie, unveil the walkway sign

A riverside walkway in Dundalk has been renamed in honour of a local man who was killed during a tour in Lebanon with the United Nations.

Private Michael Mc Neela, who was tragically killed in Haddatha village in South Lebanon in 1989 while serving with the UN, will have the walkway renamed in his honour.

The walkway will now be known as the  Pte. Michael Mc Neela Riverside Walkway and Outdoor Fitness Centre and is located along the Castletown River.

The walkway stretches from the Lisdoo to the Táin Bridge.

The renaming ceremony took place yesterday, with Michael’s parents John and Kathleen as well as his sister Julie unveiling the walkway signs alongside local dignitaries and fellow veterans.

The renaming was carried out by the “Michael Mc Neela Branch” of the Óglaigh Náisiúnta na hÉireann (ONE), which is a group that provides support, comradeship, advocacy and remembrance for Irish Veterans.

Louth has third-worst incidence rate of Covid-19 in Ireland, as 79 cases are reported on Sunday