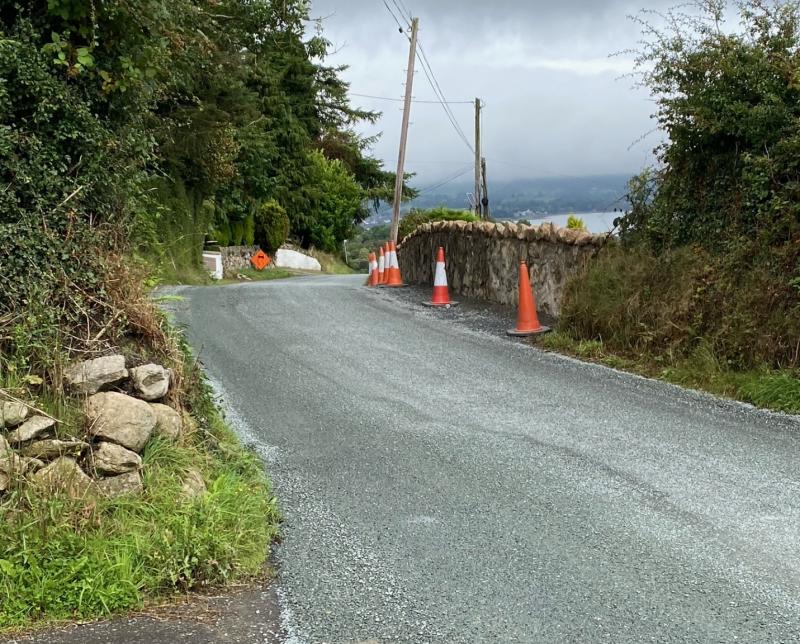 Roadworks carried out at Ardaghy National School in Omeath have been completed, with the road widened after safety concerns were raised.

Sinn Féin Cllr Antóin Watters has welcomed the completion of the roadworks, which included road widening alongside the construction of a new stone wall.

He said that a local resident raised concerns that the road was too narrow.

“A few months ago, local man PJ Mcgivern raised the road safety concern with me outside Ardaghy NS in Omeath,” said Cllr Watters

“The road was quite narrow as you approached the School making it dangerous for pedestrians and schoolchildren walking or cycling to and from the School.

According to Cllr Watters, before the road was widened, there wasn’t enough space for two cars to pass each other by.

“It was so narrow that two cars were unable to pass at the point which caused a bit of traffic build-up at certain times of the day.”

Cllr Watters said that he worked with a Louth County Council engineer and local landowner to get the road widened, adding that now the works are completed, the road should be improved.

“Those works were completed last week and I am happy to say that it is a huge improvement and it’s just in time for the new school year starting in a couple of weeks.”

Cllr Watters says that he has so far had a positive response from the works and that he will be continuing to work on other road safety projects in the Cooley Peninsula.

The clinic will take place from 9:15 until 1pm

Ardee, Dunleer, Carlingford and Blackrock are all set for a funding boost
ADVERTISEMENT - CONTINUE READING BELOW