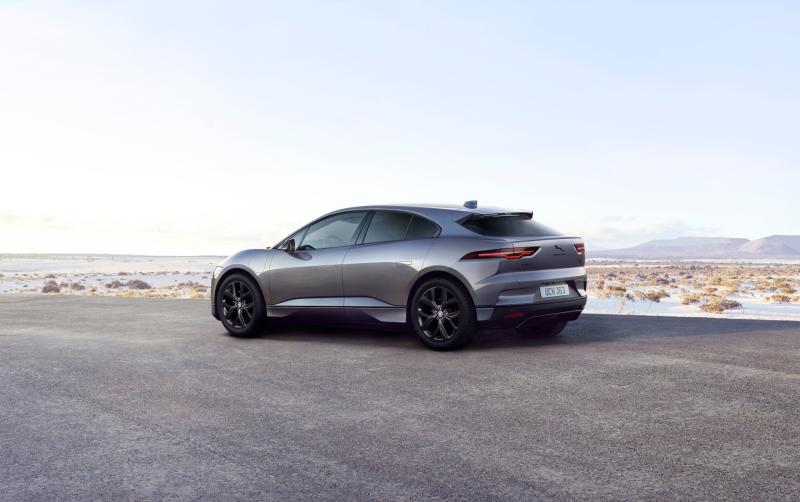 When a car gets a midlife revamp, they leave the general structure of the car alone and make cosmetic changes to the lights and things that won’t incur major cost like the body panels.

For a car that’ll be around for a few more years it’s a way existing owners can justify a change and an opportunity to attract new buyers.

They also throw in a few special editions with more kit thrown in - like this Black edition.
Those black editions are now a way of making a car desirable whereas paradoxically before, to get the full chrome show, you had to find more moola.

Fashion is a strange thing and less is the new more. I owned a base model Mondeo that was sparse on chrome and checked out the cost to change to a special edition that Ford had launched.

Louth Motors: The new 308 and Astra go head to head

The salesman was extolling the virtues of the de-chromed car and making out the lack of chrome was worth paying a premium for. In the next breath when he was trying to set a trade-in price for my base model he was discounting the value of my car because it had no chrome. Go figure, literally.

The I-Pace when launched looked like no other car, or electric car, on sale. It was super sporty looking but was at its heart an SUV.

It won my heart in an instant and will probably be remembered as one of Ian Callum’s, who designed the car, best designs.
I maintain Kia blatantly stole the front design for their EV6 it’s that similar.

It had quite a decent range and tons of power. Like every electric car if you use its potential the corelation is a battery being depleted in the same proportion as the speed its travelling.

In real world driving Jaguar claims a range of 437km at a rate of 22 kW per 100kms – I averaged 20.5 kW/100kms which was even better than Ronseal by doing better than it said on the tin.
I put this down to a few back and forth trips between Dublin and Dundalk where I kept the motorway speed to no more than 110km/hr and that had a huge impact.

A tempered right foot is a great asset in an electric car. There is a big 90kWh battery fitted that can be charged at up to 100kW and when so charged it will take just 45 minutes to charge it to 80%.

At the more plentiful 50kW chargers it will take 1.5 hrs and using a must-have home charger it’ll take 13 hrs and you can decide how much charge and for how long through setting in the car.

All that battery power is available for the electric motors that drive the 4 wheels because remember its and SUV.
It’ll probably never be used for that purpose being more of a statement car than a functional one. Those motors can produce 400PS for a 0-100km/hr time of just 4.8 seconds.

And all done without a roar or a fuss and with constant power delivery.
It’s really no wonder that electric cars are being embraced not just for their green credentials but the power available.

The I-Pace is a luxury car and the interior meets that expectation beautifully. The controls are not in any way generic and nearly everything you use has design slant thrown in. 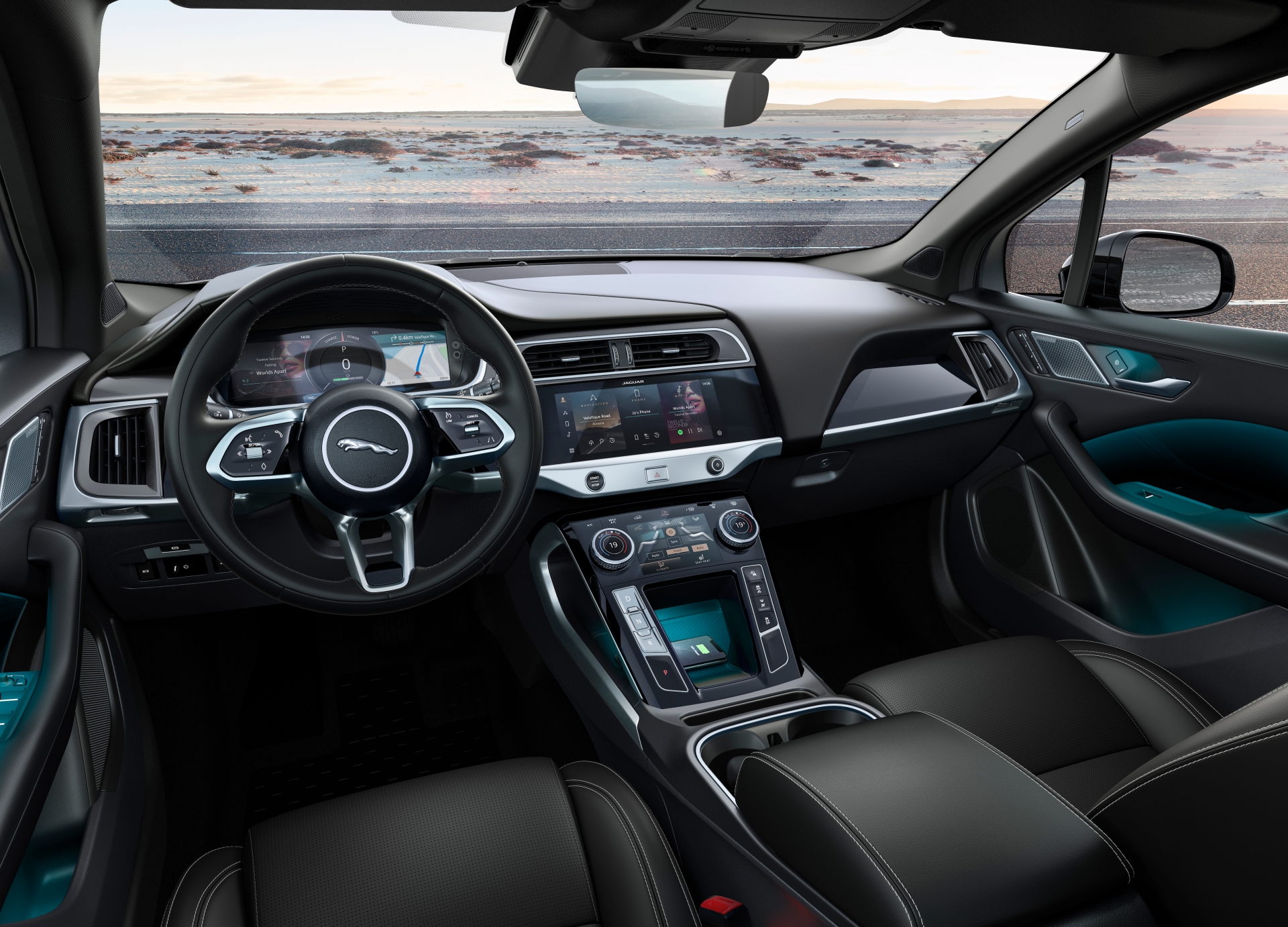 There is the usual central infotainment screen that has tons of features but Jaguar displays this in a minimalist way to make always used items readily accessible.
There are welcome separated touch and tactile ventilation controls below this and I was blessed to have cooled seats during the recent hot weather.

It’s an item in a luxury car that must always be selected. The steering wheel continued the minimalist control everything, but I ended up trying voice control for everything.
I found it hit and miss but if I owned the car I’d spend the time getting it right.

Callum didn’t just make a good looking car he delivered a car that handles beautifully and mocks it’s SUV label in the process being very sporty and very premium carlike.

It eats motorways with ease and you could host a meditation class in the back it’s that quiet.
I found the ride firm but not hard and the various mode settings provided will have one for you that’s entertaining and rewarding. At speed, in bends, it leans a minuscule amount and you always know how the car is performing and where it’s limits are.

Not that I tried too hard because paradoxically the more power and performance you have the more you finesse your driving rather than release the hooligan in you.

With passengers onboard they’ll really appreciate that with the space and comfort Jaguar have provided.
The I-Pace range starts at €80,380 and has an extensive list of luxury items already as standard.

Apart from the Black edition there are S, SE and HSE versions with the HSE taking you to €105,108 territory before options.
I did some fantasy car building and my specification came in at just under €123k so you can knock yourself out with options.

Bizarrely I had to specify fog light that were not standard on a HSE or any model.
The I-Pace is a refined car and worthy of the cherished luxury and premium labels. It’s unsurprisingly Jaguar’s best-selling car currently in Ireland blending form and propulsion method perfectly.