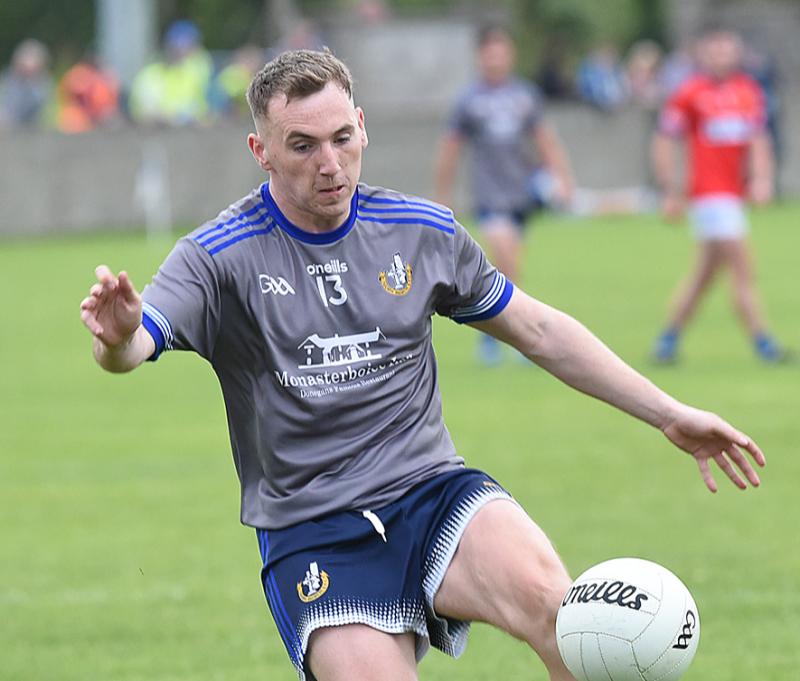 Champions Naomh Mairtin were made to wait to take their bow in this year's championship and that wait was well worth the anticipation after they shrugged off plucky neighbours St Fechins in an enthralling affair.

With the game delayed 15 minutes due crowd congestion, the three in a row chasers answered a lot of questions on the night and were made to work for every inch of their victory by a fechins outfit that brought a lot of momentum with them on the night.

Also by going off that performance it won’t be the last we will have heard from the sea-siders in the race for the Joe Ward.

In Niall McDonnell, the underdogs had an ace in the hole. The Termonfeckin goalkeeper was a man inspired and made up to six point blank saves on the night and crucially landed three 45’s with ease.

Monasterboice came into the contest under a cloud of uncertainty, erratic league form, fitness doubts around talisman Sam Mulroy and they had to start the game without Eoghan Callaghan and when they conceded the first three scores of the game it compounded the whispers around the Stabannon venue that the champions are vulnerable.

By the end of game however, that vulnerability theory was quickly tossed in the bin, by half time Naomh Mairtin had flipped that possible shock on its head when they went in 0-9 to 0-7 in front.

Despite the bright start, Fechins were glad to hear the half time whistle to recompose themselves and catch a breadth. The Full forward line of Mulroy, Conor Whelan and Tom Gray were just clicking into gear.

The trio had Paul Clarke’s outfit run ragged either side of half time, contributing handsomely to the eight point scoring run either side of the interval.

That sequence ultimately won them the game, but when Conor Healy’s back pass went straight to Ronan Holcroft, his marker Thomas Sullivan chose to take a black card.

With the numerical advantage last year's intermediate champions tore back into the game, outscoring Monasterboice four points to one in that period. Holcroft showed real leadership.

Seán Kerrisk actually reduced the margin to two shortly after Sullivan returned and with the game in the melting pot it was the champions that rose to their level once again. Whelan closed out the game with 1-1, finally getting the ball past McDonnell who had done exceptionally well to keep a clean sheet until the contest's dying moments.