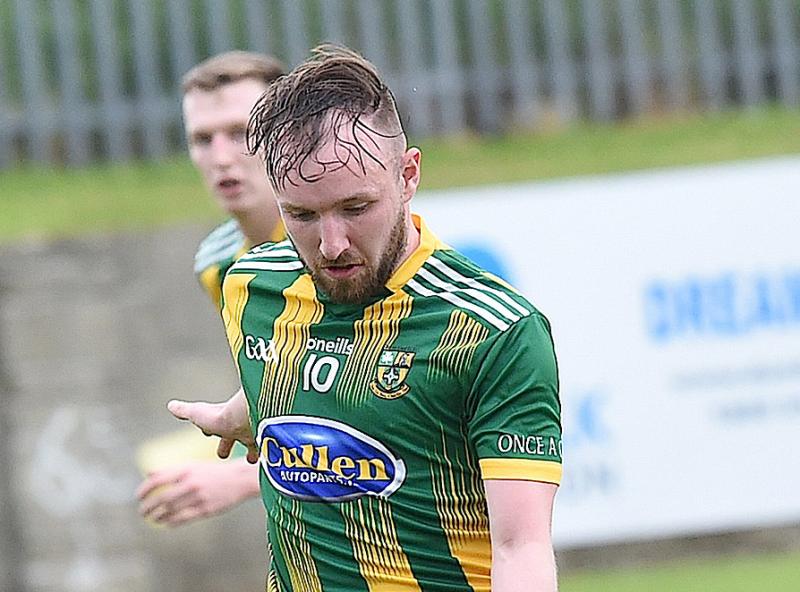 Clan na Gael landed the shock of the first round across all three championships, producing the goods to seal a well deserved win over a highly fancied O’Raghallaighs in Darver.

Fresh off their comeback victory over the Irelanders that saw them crowned Division 2 champions, the Drogheda men were many people’s fancy to lift the Seamus Flood Cup later this year.

Yet they trailed for the majority of the contest, a Billy Smyth goal midway through the second half helping the Ecco Road men build up a five point cushion.

This never looked like being pegged back until a tiring Clans outfit conceded 1-1 deep into injury time, but to their credit they stood firm and were well deserving of their narrow win.

St Mochtas on the hunt for championship glory

Alan O’Neill’s troops came out of the blocks fast, taking the lead as early as the third minute courtesy of fine effort from range from Conor Noonan, while a shot from Robbie Curran doubled their side’s lead.

The first was quarter was all about the Dundalk men, who showed lovely patience when in possession. Noonan, Robbie Curran and Jason Callen were composed on the ball, taking their time and waiting for the right opportunities. Billy Smyth led the line, his movement making him tough to mark.

Defensively they looked solid too, pushing up on the O’Raghallaighs as they tried to get forward and forcing them into mistakes. It took them 15 minutes to get on the board, playmaker Ben Rogan soloing past two defenders before slotting over.

He was their go to attacker throughout, with young Kyle McElroy, seen as a great talent for the future, struggling to get scoring opportunities. Yet they managed to equalise soon after via Rogan.

The men in green and white even held the lead for brief period on 24 minutes, taking advantage of the fact that up to this point the Clans had notched five wides, dropped one short and also had a goal effort that could have been an easy point saved by Joe Flanagan.

However, they rallied strongly late on, Sean O’Hanlon and Callan pointing to leave the Dundalk men in front, 0-5 to 0-4 at the break.

Niall Ronan’s troops started strongly as they searched for an equaliser, creating three chances in the opening five minutes. Two went wide while another went off the post. Overall were they kept scoreless for 25 minutes either side of half time.

The Clan’s were dealt a big blow when the influential Callan was issued a black card for tripping a player, yet they hit 1-3 while he stood on the sideline. The crucial goal coming on 46 minutes, Mark Newell launching it into towards the endline for Billy Smyth who brilliantly rattled the net.

Callan returned to the pitch having served his ten minutes in the bin, however he would be issued with a yellow card for a poor foul in his own half on 54 minutes, meaning they finished the tie with 14 minutes. Crucially Robbie Curran landed a score just two minutes to leave the Clans five in front.

With the extra man and The Dundalk men tiring, having put in a trojan 60 minute performance, O’Raghallaighs bagged a goal deep into injury time. McElroy lumped in a ball which was fisted into the back of the net by substitute Danny Reilly.

Another point came from the next attack but Clan Na Gael stood strong, holding out for a vital win that puts them in pole position for a quarter final spot. Next up is another date in Darver this Saturday, where they face St Kevin’s.