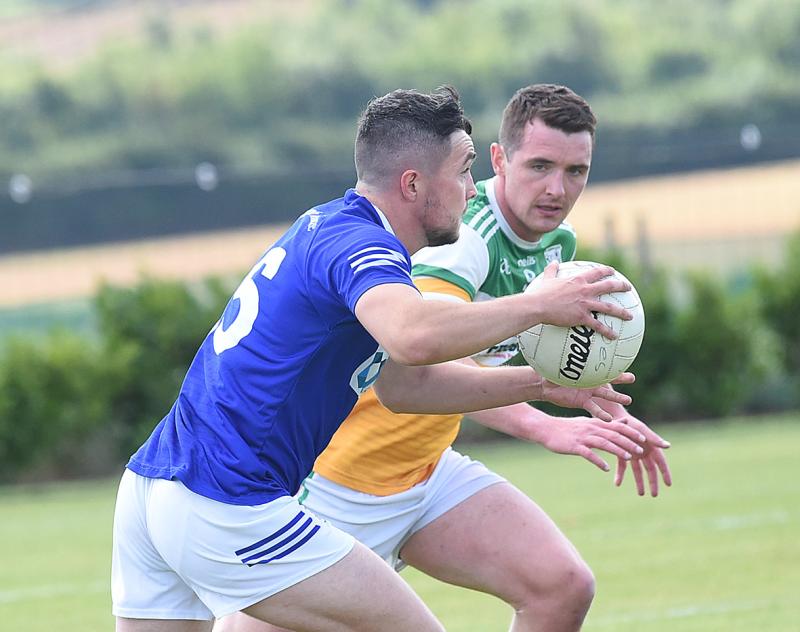 St Marys laid down an emphatic statement of their championship intent following this comprehensive victory over St Josephs in Stabannan on Sunday afternoon.

From the moment Ryan Rooney fired in their first goal after the second minute, the outcome never looked in doubt, as Cathal Murray’s side sent a message to the rest of the Joe Ward contenders that they mean business, as they converted nine scores from 12 shots from open play in each half.

With their dangerously potent inside line of Ryan Rooney and Dáire McConnon notching up 3-3 between them, along with the ability to afford the luxury of springing Louth county star Liam Jackson, and experienced heads like Darren Clarke, Ronan Carroll and Robert Leavy from the bench, Ardee will surely be a force to be reckoned in in the race for Joe Ward.

Following an early foul on forward Ben Collier, the Joes opened up proceedings when Craig Doherty split the posts with an early free.

However, that was as good as it got for the Darver and Dromiskin outfit, as Ardee St Marys made their presence felt, forcing the Joes into coughing up possession and punishing them when such opportunities presented themselves.

Following one such turnover in the Joes half, a quick free kick was played to Ryan Rooney who fired to the roof of the net for Ardee’s opening goal after two minutes. Such intensity in the tackle saw Ardee win seven of the Joes’ 13 first half kickouts.

Some great endeavour from Ben Collier saw Oisin McGuinness convert from play, trading scores with St Marys’ Shane Mathews who was a tremendous bundle of energy for the Marys throughout.

The Marys seemed able to break lines, and punch holes in that Joes defence at will, and only the crossbar stood in the way of Shane Mathews raising another green flag, following great set up play and running by Kian Moran.

However, they did not have to wait long for that second goal, after another flowing move saw Dáire McConnon set up the marauding Éimhin Keenan to land goal number 2 for his side, as they led by 2-1 to 0-3 after 13 minutes.

Craig Doherty had converted a ’45 for the Joes, after Ardee keeper James McGillick produced an excellent save to deny Daire Smyth of the Joes from point blank range, following strong support play from Gabriel Bell and Michael Staunton.

McGillick’s kickouts also played a key role in starting off many of Ardee’s attacks, with eight of his nine kickouts finding a blue jersey. They also won eight out of their 12 kickouts in the second half.

With Tom Jackson operating in the middle sector in a somewhat free role, Ardee were never devoid of support runners, as they continued to slice their way through the Joes defence, with Ciaran Keenan scoring a quickfire 1-1, to stretch their lead out to nine points after 16 minutes. 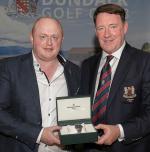 A free from Carl Gillespie, and two further points from open play by Ryan Rooney and Dáire McConnon increased the lead out to 12 points, and there was time for Rooney to set up Carl Gillespie for St Mary’s 4th goal of the afternoon, leaving it at 4-7 to 0-3 in their favour.

The Joes did finish by kicking the final two points of the half through Jack Mulligan, but the Mary’s dominance and superiority was there for all to see, leading by 4-7 to 0-5 at the break.

The Marys showed no signs of letting up, as they ruthlessly put the Joes to the sword. Dáire McConnon slotted low to the net for their fifth goal, 5 minutes after half time.

McConnon had already found the range from play, while Jonathan Commins earlier converted a ’45 off the neatly manicured Stabannon Parnells pitch.

Commins and the excellent Shane Mathews put further gloss on the scoreline, as Ardee continued to fire in the sizzling heat, while the hardworking RJ Callaghan forced another turnover in the Joes defence, to set up McConnon for his second goal, making it 6-11 to 0-7 after 41 minutes.

Craig Doherty continued to keep the scoreboard ticking for the Joes, with some well executed free kicks off the ground, while the lively Ben Collier converted an advanced mark, with Jack Mulligan converting a close range free, and Conall McCaul found the range from play.

But there was no doubt about who the victors were, as St Marys added further gloss to the scoreboard, with subs Darren Clarke (0-2), Evan Malone (0-2) and Liam Jackson (0-1), giving their side a facile winning tally.

Cathal Murray’s side take on Dundalk Gaels next, where a win would see them advance as winners from this group. The Joes will face the Gaels the following week.