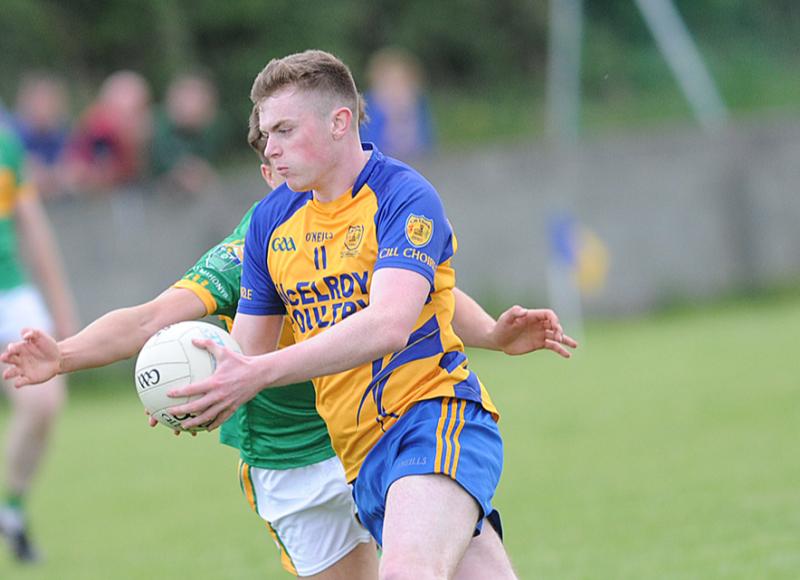 In recent season one of the most consistent performers at the Intermediate grade has been Kilkerley Emmets. Finalists in 2019 and 2020, they were only just denied a third appearance in as many years courtesy of a late comeback from Cooley Kickhams.

Reflecting back on last season, Tadgh McEneaney, a major part of all those runs, feels his side almost benefited from that defeat. Losing another final would have done insurmountable damage to morale. Instead, they come into 2022 edition eager to compete.

Derek Crilly hoping to light up the Junior Championship with Stabannon

“It hurt a lot” he recalled. “We had been in the final for two years prior, so we were clearly trying to win it. It was a 50/50 game and Cooley came out on the right side of it.

"It was very disappointing, but in saying that, to get to another final and lose it would have been a complete disaster to be honest. I think we have a real clean slate this year and the hope is we learn lots from that defeat.”

Like any team of their quality, the Emmets had high hopes of making into the top half of the table prior to the split. However, they were hit by a number of injuries that led to an inconsistent league run, meaning they finished the competition in 2B.

This was a major disappointment for Kilkerley, however McEneaney doesn’t feel their lack of extra games against the best Intermediate teams will hurt them as much as people might think. There was plenty of bite to the fixtures in 2B as well. The injuries also allowed them to blood new talent.

“You end up with much tougher games in the top half, which helps come the championship but at the same time we weren’t safe until the second last game of the league against the Finbarrs. Every game up until that point meant something as we had to win. There were no dead rubbers.

“So we still got a few competitive games. And the only thing positive about so many players being missing is new lads got into the team and they have done well. It shows we have more of panel this year than in other years.”

The league form suggests they are far better prospects then the Emmets should you be inclined to have a bet on where the Seamus Flood Cup will take up residence for the next 12 months.

The Kilkerley sharpshooter does feel that they can prove the league tables wrong come championship, however he also stressed that the team was in a period of transition.

“I’d like to think we are much higher contenders then what the league table would suggest. Unfortunately, for a number of reasons we rarely fielded our strongest team. But when we did, we were competitive.

“In saying that, from the team that played against Cooley last year there will be three or four starting players who won’t be playing at all this year so we are going to struggle from that end. Yet we like to think we could be competitive and put it up to most teams.”

They will have to work hard to even make it past the group stages this season, having been paired up with another losing semi-finalist from last year in Hunterstown Rovers as well as Dundalk Young Irelands. All three will have ambitions of lifting the title.

Intermediate Preview: Tough group ahead but O’Raghallaighs look the team to beat

Kilkerley are out first where they face Hunterstown and McEneaney believes this is a big help, given an early win leaves you with one foot in the knockout stages.

“Since we went to this new system of three team groups, I think we have always won the first game. It helps take the pressure off, meaning it can be a big advantage getting over the line on that first day.

“The groups could go down to scoring difference, as could be seen in our group where the three teams might very possibly all end up drawing.

“It’s a very difficult group, it will be tough 50/50 games and it will be all about who turns up on the day. Hunterstown are in good form at the minute. They will be confident going into the group but looking at it as a whole, I think it could be decided by a toss of a coin.”