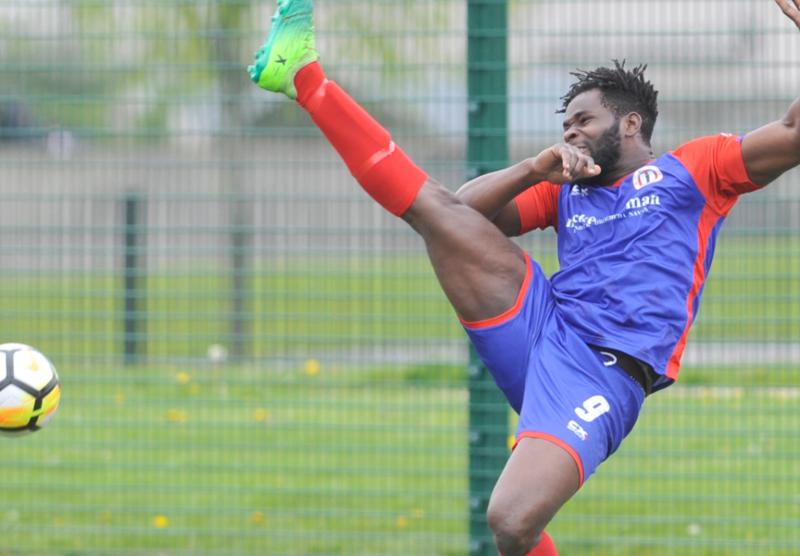 A depleted bay FC side travelled to Kentstown last Thursday with the Meath side coming out in top of what was a evenly contested affair.

Alan Dyas was the first to test Aidan McCluskey in the Kentstown net, going close twice on two occasions but nothing that McCluskey couldn't handle.

Kentstown shaded possession in the first half and while they worked the ball into good positions, their finishing was wayward as Sean Nolan in the Bay net watched shots go wide and over the bar on more than one occassion.

Midfielders Sahnoon Buye and Ronnick Achums were deployed as full backs for the tie and they didn't look out of place up against some stern opposition out wide for Kentstown.

The biggest chance to break the deadlock fell to Bay, a fine through ball sent Sam Ezenwaka away, with the keeper rushing out to meet it. Esenwaka got there first, toe poking the ball past him.

The ball was rolling just wide when Alan Dyas got to it, cut it back across the box, Ezenwaka hit it first time and it was cleared off the line by the Kentstown defence. Returning striker Quadri Olowu hit the clearance first time & forced another one to be lashed off the line to clear the danger. It saw the half finish scoreless.

Kentstown's first shot on target turned out to be the opener, Matthew Poutch was sent through and he rounded the keeper for a tap in. They had a sustained period of pressure after the goal but failed to add to their lead.

When the chance presented itself Bay equalised. A beautiful ball dropped over the top for Sam Ezenwaka and the striker made no mistake from a one on one attempt.

The visitors were on top now and only for two fantastic one on one saves from McCluskey, Bay could have added to their tally.

Indeed the away side thought they had taken the lead when a clearance from a corner fell to Afonso Crespo. His strike was parried away by the keeper and substitute Sid Banda chipped it back across goal for Michael Adegboyega to head home. Much to the surprise of Bay, the ref judged the ball to have gone out for a corner from the keeper's parry.

McCluskey was a busy man in the second half and when Stephen Woods met a cross from a diving header he was forced into another fine save.

Controversy surrounded the Kentstown winner when Nolan came to claim a cross before being obstructed in the box. With seemingly both sides waiting on a whistle, the kentstown striker slotted home and no whistle came gifting the home team all three points.