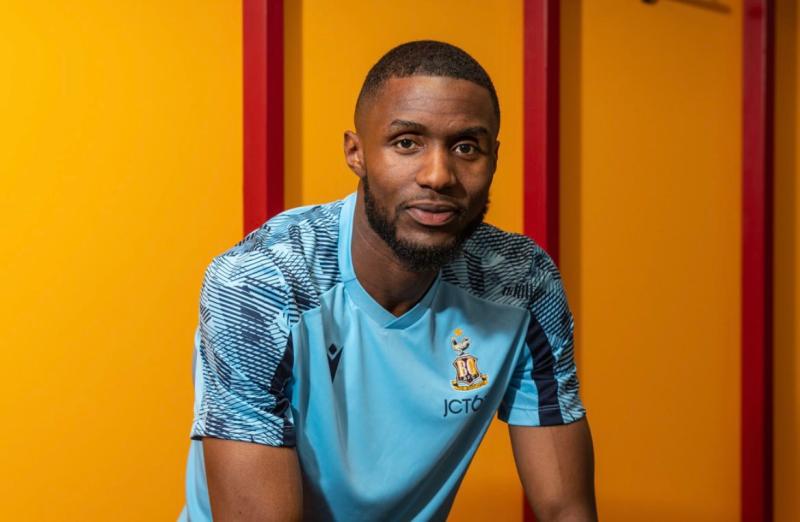 Former Dundalk FC youth academy prospect Emmanuel Osadebe has found himself a new club this morning with the announcement he will link with up Mark Hughes at Bradford City.

The midfielder joins the Bantams after an impressive two seasons at Walsall, where the 25-year became a mainstay in the starting 11, making 88 appearances while grabbing eight goals.

Osadebe left Oriel Park in 2014 for the chance to develop at the Tottenham Hotspur academy before going on to gain professional contracts at Gillingham, Cambridge United, Mansfield Town, Newport County and Macclesfield Town.

Bradford will be his eight different club since entering English football, where he has now become a mainstay at League Two level. With his new team he hopes he can help them make the jump up the English footballing pyramid.

"It feels great to finally have the deal over the line, as it has been going on for quite a while now, and I am just delighted to be here" he stated when speaking to Bradford City's media team.

“As soon as I spoke with the gaffer and with Ryan Sparks, I knew the project was something I wanted to be a part of. We are all aligned in the same goals and this is the perfect place for me to take the next steps in my career.

“The manager we have has been at the top of the game and everyone at the club is driven in the same direction to achieve our goal of promotion, which we are more than capable of."

Dundalk Democrat photographer Arthur Kinahan was there on the day

The current manager at Valley Parade which the former Bay FC player speaks so highly of is of course Mark Hughes, who had a glittering playing career with the likes Man United and Barcelona and has had spells in charge of the likes of Man City, Stoke City, Fulham and QPR in the Premier League.

“Emmanuel is someone we have been tracking for some time, so we are delighted to be able to welcome him to the club" exclaimed a jubilant Hughes.

“He is another player at a great age, who has a lot of different components in his game which will certainly add to our threats as a side.

“His versatility and dynamism in the centre of the park and out wide - coupled with his determination to entertain people and be a part of something special here - made him a key target for us."

Bradford finished finished midtable last season, ending the year in 14th place 58 points. They will need a big improvent to even feature in the mix up for promotion in 2022/23 having been 19 points off Mansfield Town who took the final play off spot.

Should they get at least this target of seventh place in the table they can at least dream of a day out in Wembley, after Mansfield shocked the pundits to make it to the final. They were denied promotion by Port Vale.