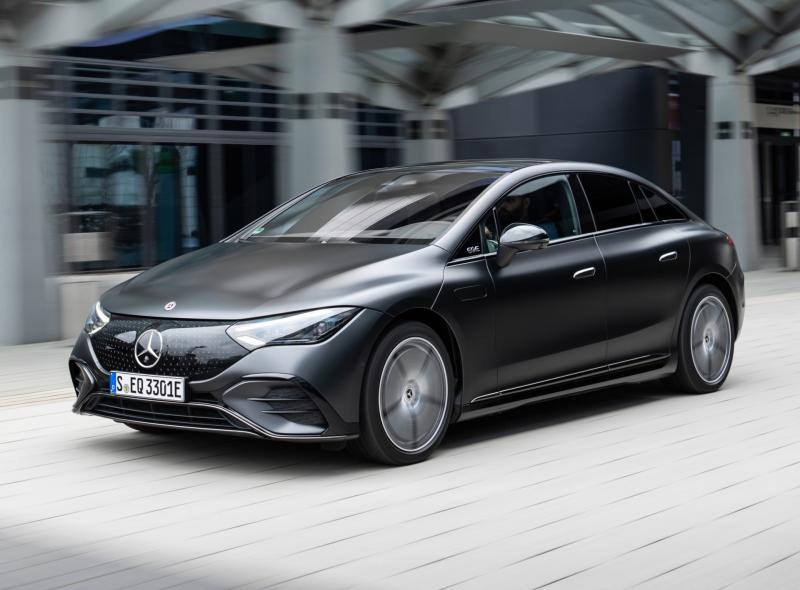 There is no mistaking the place occupied by Mercedes when it comes to classy cars.

The brand is the most admired and the benchmark for others. They lead and others follow and what’s showcased on new

Mercedes cars becomes standard on mainstream cars in a relatively short time. (That’s getting shorter all the time with the pace and change in car developments).

And no more so when it comes to the S Class.

This is the trailblazing car at the very tip of the arrow. But no more.

That’s because Mercedes is going electric, full electric, and the full range.

And the pinnacle of S Class in the electric sphere is the EQS. This will take over as the trailblazer for Mercedes into the future I predict.

Launched in early May this makes a giant step forward for electric transport.

Tesla got us all to consider and choose electricity for our cars, but the big boys have now joined the party and they bring their decades of car building know-how to bear.

This is supreme luxury for people with pockets containing the starting price of €129,965.

For that you get a range of 735kms banishing range anxiety.

Irish plutocrats can go wherever they want on this island and generally get back without the need to recharge.

I drove the car and then experienced the full plutocrat mode by getting into the back.

That’s something I usually do not like to ever experience but the back of the EQS is other worldly and where you want to be.

It has penthouse levels of space, comfort, and luxury. The laggard plutocrats who have been slow to convert to all-electric transport now have the conscience pleasing excuse to do so.

Also launched in May by Mercedes was the EQE, the electric equivalent of the E Class.

This is the car E Class owners can switch to seamlessly and will.

It will give better than E Class experience but is electric.

Promising 654km of range, the switch will be pain free.

It has a lot of design cues from the EQS, and I think Mercedes have nailed it in terms of looks and electric appeal.

This car will make premium buyers get the message that the future is electric.

It will make them consider seriously how their next car is propelled and allow them with some confidence make the change to electricity, full electric that is, and skip the PHEV stage entirely.

The reason is a modification of The Cranberries principle. If “Mercedes are doing it, why don’t I” The premium desertion of petrol and diesel is happening at a rapid pace and the EQS is one of the biggest nails in the petrol and diesel coffin.

I get my hands on it later this year and can’t wait. Prices start at €85,980 for the front wheel drive version.

Another brand that is rapidly making their way up the premium ladder is Peugeot.

Part of the Stellantis group, which is accumulating brands as if part of a top trumps game, Peugeot are incrementally taking the brand upmarket.

They are not the premium member of the family, that’s DS, but here in Ireland I reckon they are.

To cement their premium credentials they have launched the new 308.

This though isn’t an incremental move, it’s quite seismic.

The level of refinement in this car is eye-opening and gives the 308 the firepower to make huge inroads into the C sector where it is up against the Focus, Golf and Corolla – the behemoths here.

I’ll be doing a full review shortly but the key information for now is that it comes with petrol, diesel and hybrid powertrains, is only available in automatic, there is an estate version arriving soon with an all-electric most probably next year.

Prices start at €31,765 for the entry petrol model but remember that’s an automatic and has 130bhp under the bonnet.
There is a stunning colour called Olivine Green that by name may dissuade but on sight you’ll experience serious want.

I’ll have the promised Mustang review next week.