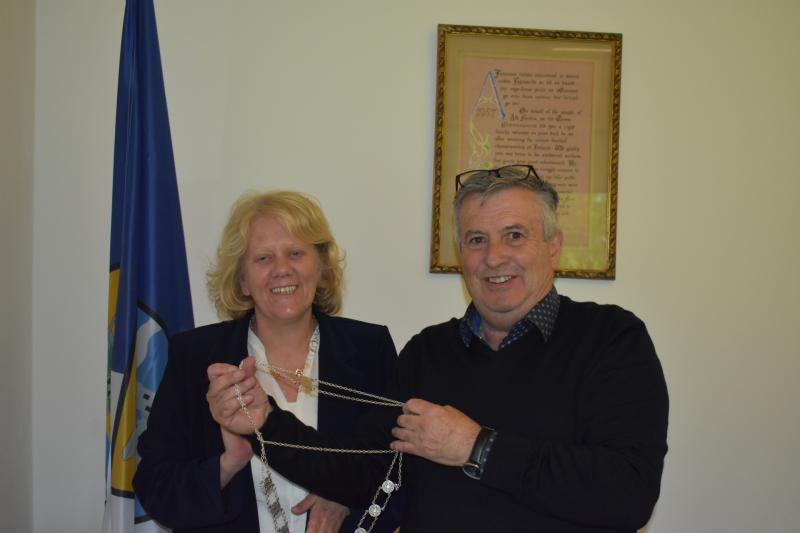 The order of business of the Annual Meeting saw a new Cathaoirleach and Leas Cathaoirleach elected by Ardee Municipal District Elected Members as required under Section 36 of the Local Government Act 2001, as amended.

The outgoing Cathaoirleach, Cllr. Jim Tenanty opened the meeting and advised it had been his privilege to carry out the role of Cathaoirleach.

Cllr. Tenanty took the opportunity to thank his fellow members for the courtesy extended to him throughout the year; the Leas Cathaoirleach John Sheridan for his assistance; the Press for their fair reporting; the Meeting Administrator Gráinne Tuomey for her attendance and reporting of meetings, the Director of Service Joe McGuinness for his advice and wise words, the Chief Executive for her guidance and help, and all the Staff of Louth County Council both indoor and outdoor, and including those who provided reports and showed up at meetings when requested.

He particularly thanked his family who not only had a year of COVID to cope with but also had to put up with him as Cathaoirleach.

He said he had enjoyed his time as Cathaoirleach and was happy to serve the Municipal District.

A particular highlight was representing Ardee Municipal District in the New York Parade.

Cllr. Tenanty then called for nominations for his replacement and following election Cllr. Paula Butterly was called to the chair of Ardee Municipal District.

Cllr. Jim Tenanty vacated his seat to make way for the next Cathaoirleach Paula Butterly.

All Members complimented Cllr. Tenanty on his efforts, advice and good humour particularly in a COVID year.

The necessary change of locations for Cllr. Tenanty from County Hall where meetings were hosted online, to Ardee Court House to enable social distancing, back to the Dermot O’Brien Room in the Civic Offices with restrictions lifted was commented on.

Cllr. Butterly was welcomed to the role of Cathaoirleach, by Members, and commented that she was the second female to wear the chains of a Municipal District, both she and Cllr. Minogue were wished the best in the coming year.

On behalf of the Chief Executive and Staff of Louth County Council, Joe McGuinness Director of Services congratulated the Cathaoirleach and Leas Cathaoirlech to the chair, and offered assistance when wanted.

He thanked Cllr. Tenanty for his cooperation and work during the year.